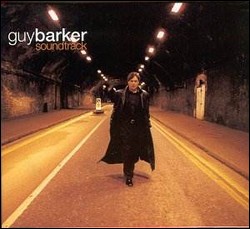 Guy Barker (born 26 December 1957) is an English jazz trumpeter and composer. Barker was born in Chiswick, London, the son of an actress and a stuntman. He started playing the trumpet at the age of twelve, and within a year had joined the National Youth Jazz Orchestra. After lessons from Clark Terry in 1975, Barker went on in the 1980s to play with John Dankworth, Gil Evans (with whose orchestra he toured and recorded in 1983), Lena Horne and Bobby Watson.

Barker was a member of Clark Tracey's quintet from 1984 to 1992, and continues to play with Tracey, as well as with Tracey's father Stan. As a sideman he has played with many major musicians and groups, including Ornette Coleman, Carla Bley, Georgie Fame, James Carter, Mike Westbrook, Frank Sinatra, Colin Towns, Natalie Merchant, ABC, The The, Erasure, Chris Botti, Wham!, Kajagoogoo, The Housemartins, Matt Bianco, Alphaville, The Moody Blues, Sting, Bucks Fizz, Mike Oldfield, Cleo Laine, Acoustic Alchemy, and XTC.

Guy Barker was Musical Director / Arranger for the opening gala concert "Jazz Voice : Celebrating a century of song" at the London Jazz Festival in 2008, 2009 and 2010. He was also Musical Direcor / Arranger on a number of BBC Radio 2 Friday night is music night shows featuring the Guy Barker Jazz Orchestra with the BBC Concert Orchestra, celebrating the music of Billie Holiday[1] / Duke Ellington and Billy Strayhorn[2] / Ella Fitzgerald, Aretha Franklin and Dusty Springfield[3]