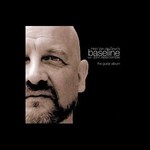 Hein Van de Geyn (born 18 July 1956, Schijndel) is a jazz bassist, composer and band leader from the Netherlands. He is a critically acclaimed artist and performer, as both as a sideman and solo. Van de Geyn won a North Sea Jazz award in 1998. He was also voted "Best European Acoustic Bass Player" in this year by a referendum by the Belgian radio stations RTBF and VRT. Van de Geyn is also an active teacher of bass and as well as music in general, and he is head of bass at the Royal Conservatory of The Hague.

In 2010 Van de Geyn decided to stop his career as a bassist and he moved with his family to South Africa to run a guest house, and dedicate his life to writing and education.

Van de Geyn has played as a sideman for well-known jazz artists including Jean "Toots" Thielemans, Chet Baker, Lee Konitz, Tal Farlow and Dee Dee Bridgewater. He also has his own group, Baseline.

As a band leader -

Cool Man Frank Salis H30
Update Required To play the media you will need to either update your browser to a recent version or update your Flash plugin.