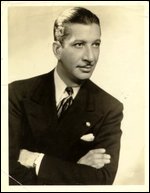 Rollini was born June 28, 1903, to Ferdinand Rollini and Adele Augenti Rollini. (Some sources will date 1904, but his brother Arthur, as well as social security records will attest to the earlier date.) He was born in New York and was the eldest of several children. His Brother Arthur played tenor saxophone with Benny Goodman from 1934 to 1939, and later with Will Bradley). Growing up in Larchmont, New York, Adrian Rollini showed musical ability early on, and began to take piano lessons on a miniature piano, at the age of two. At the age of four, he played a fifteen-minute recital at the Waldorf Astoria Hotel. Among the selections played were Chopin's Minute Waltzhe was hailed as a child prodigy and was billed as "Professor Adrian Rollini."

Rollini continued with music and by age 14 he was leading his own group composed of neighborhood boys, in which he doubled on piano and xylophone. His interest in music was far greater than his interest in school, and Rollini left high school in his third year. Adrian also cut several piano rolls for the Aeolian company on their Mel-O-Dee label, and the Republic brand in Philadelphia - these rolls are quite rare and very few of these have survived. He gigged around and finally made his break when he was 16, and began playing in Arthur Hand's California Ramblers. Rollini was equally skilled at piano, drums, xylophone, and bass saxophone, which gained him the respect of Hand, who transferred the band to Rollini when he later retired from the music field.

How Rollini came to play the bass saxophone is a mystery. Some argue that the Ramblers' manager, Ed Kirkeby suggested the instrument to Rollini as a possible tuba double. Others say that it was suggested to him by the banjo player, who saw one in a music store. In either case, Rollini, who could tackle just about anything that came his way, would go on to become the star player of the instrument, a true maestro. His brother Arthur recalls in his book "Thirty Years with the Big Bands" that he just came home with it one day and went to work and within two weeks he was recording on it.

He cut many sides under the California Ramblers and formed two subgroupsThe Little Ramblers (starting in 1924) and the Goofus Five (most prominently 1926-1927). It was during his work with these groups that he developed his distinctive style of saxophone playing. Rollini's swing and impetus are quite evident; "Clementine (From New Orleans)", "Vo-Do-Do-De-O Blues", and "And Then I Forget" are among some of the best recordings that not only typify the era but showcase the prominence and power that Rollini brought to the table. During this time, he managed to lay down hundreds of sessions with names like Annette Hanshaw, Cliff Edwards (Ukelele Ike), Joe Venuti and his Blue Four, The University Six, Miff Mole, and Red Nichols to name a few. Some of his best work appears on the sides he cut with Bix Beiderbecke (scattered throughout the 1920s, Rollini's great bass sax solos were on scores of records, and were usually outstanding.) He also recorded and worked with Roger Wolfe Kahn, Frank Trumbauer, and Red Nichols.

In 1927 Rollini, not only did he participate in numerous recording sessions, but he also gained the job heading up the talent roster for the opening of the Club New Yorker. It was a short-lived organization, a who's-who of 1920s jazz, including Bix Beiderbecke, Eddie Lang, Joe Venuti, Frank Signorelli and Frank Trumbauer. Salary demands began to rise, and the club had its own shortcomings, which proved a bad combination in the end, and the arrangement only lasted for some 3 weeks.it was not long until other talent would be seeking his name. From across the Atlantic, Fred Elizalde, a young London-based band leader was leading a band at the Savoy Ballroom, and he was looking for the best American jazzmen to spice up his already hot sound. He found Rollini, as well as Chelsea Quealey, Bobby Davis, Tommy Felline and Jack Russin. Rollini submitted his resignation to the Ramblers (where he was replaced by bass saxist Spencer Clark and later by bassist-tubist Ward Lay), and agreed to join Elizalde, along with fellow-Ramblers Quealey, Felline, Russin, and (later) Davis, in 1927, and stayed until September 1928.

Once he returned to America he also began to write, working with Robbins Music Corporationsome of his compositions would include "Preparation", "On Edge", "Nonchalance", "Lightly and Politely", "Gliding Ghost", and "Au Revoir".

He continued to work, recording with such artists as Bert Lown, Lee Morse, The Dorsey Brothers, Ben Selvin and Jack Teagarden on into the depression and the 30s. However, the 1930s saw a shift in musical ideaaway from the "hot", two-beat feel and towards a more staid, conservative sound, and Rollini adapted. In 1932-'33 he was part of a short-lived experiment with the Bert Lown band using two bass saxophones, Spencer Clark in the rhythm section and Rollini himself as fourth sax in the reed team. In 1933 as well he formed the Adrian Rollini Orchestra (a studio group assembled for recording), which appeared on Perfect, Vocalion, Melotone, Banner, and Romeo labels. While Rollini did manage to assemble some great talent (for example Bunny Berigan, Benny Goodman and Jack Teagarden), these records were clearly more commercial in comparison to his earlier work. There are a few examples that have solo work, but on the whole the records were highly commercial and tame in comparison. (A number of these sides has Rollini on bass sax only to switch to vibraphone during the song.) At this time Rollini also appeared as vibraphonist with Richard Himber's radio orchestra, playing a strictly secondary role in the large, string-oriented ensemble.

His other groups would include the Adrian Rollini Quintette, The Adrian Rollini Trio (primarily late 1930s) and Adrian and his Tap Room Gang which was based in the Hotel President at 234 West 48th Street in New York City. Rollini reportedly managed the club inside of the hotel for a short while as well as leading the orchestra. He also had the Whitby Grill on West 45th St. Both of these were indicative of his inseparability of professional and social life. His clientele in each club were for the most part musicians on a holiday. Rollini could also be found on the radio working with artists like Kate Smith. As if he didn't have enough going for him he turned once again to another phase of musical venture, and opened a store for sale and repair of musical instruments, known as White Way Musical Products which was located at 1587 Broadway. It had long been his belief that the artist playing the instrument knows more about it than the maker concerned only with the mechanics. The shop was a hot spot for autograph hounds who trolled the shop in search of famous band leaders. He was also making excursions between the Georgian Room and the Piccadilly Circus Bar, both in the Piccadilly Hotel. He also began recording for Master and Muzak.

During this time, a gradual shift occurs in Adrian's focus from the bass sax to the vibraphone. This is not so much that Rollini was giving up on the bass saxophone or his abilities, as that popular tastes had rendered the instrument unmarketable after the hot jazz era of the 20s. Rollini recorded on bass sax for the last time in 1938. He continued to be active with vibraphone and chimes, but sadly, when he gave up his role as a bass saxophonist, his role in jazz went with it.

He went on to play hotels, as well as arranging and writing songs behind the scenes, collaborating with such names as Vaughan Monroe but he never did any big recording once the big band era really got underway- his trio pretty much represents the last of his great work. After these, he faded from the scene, appearing here and there and participating in jam sessions. He can be seen in a 1938 short entitled "For Auld lang Syne" starring James Cagney, as well as "Himber Harmonics" (1938) where he appears with the trio, and "Melody Masters: Swing Style" (1939). He also did a brief tour in the late 1940s in which he came to the Majestic Theater in downtown Dallas, as well as other cities.

In his spare time Rollini considered himself a "waterbug," and proud of it. He owned a 21-foot Chris Craft speedboat and a Chris Craft cruiser, sleeping four. After an exhaustive career he made his last recording with his trio in the early 50s, and then turned his attention fully to the hotel business. He later relocated to Florida, and opened the Eden Roc Hotel in September 1955. He also ran the Driftwood Inn at Tavernier Key. Rollini loved sport-fishing, and his Driftwood offered deep-sea fishing charters. After Rollini's death, it appears his wife Dixie left Florida. The remains of the old Driftwood Inn were completely destroyed in a hurricane that rocked the Florida keys in 1960.

He died May 15, 1956, at the age of 52. Jazz collector and discographer Brian Rust presented a memorial program in the BBC Light Programme's World of Jazz on June 8. Rollini's death for a long time was somewhat of a mystery. In a brief article from England's Melody Maker, it says Adrian's brother, Arthur is "trying to solve the mystery surrounding Adrian's death. He was sent to the hospital following a severe trauma to his ankle (apparently from an auto-related accident) in the parking lot of the Green Turtle Inn at the Islamorada Key). According to the Melody Maker he was found lying in a blood-splattered car, and one of his feet was almost severed. The article also says he died of a heart attack and lung collapse. The hospital he was sent to was the James Archer Smith Hospital in Homestead, Florida. He died after an 18-day stay in the hospital. According to the book, Jazz and Death: Medical Profiles of Jazz Greats (2002), the author, M.D. Frederick J. Spencer (also a coroner) went back and analyzed Rollini's death along with many other jazz greats, and discovered Rollini truly died of mercury poisoning. While in his 18-day stay, he had developed a resistance to feeding and so a glass tube had been inserted into his stomach. The tube was weighted with mercury and somehow the tube broke, exposing Rollini to mercury poisoning. He was survived by his wife, Dorothy (Dixie).

In 1998, Adrian Rollini was inducted into the Big Band and Jazz Hall of Fame.

High Maintenance Big Band Liechtenstein
Update Required To play the media you will need to either update your browser to a recent version or update your Flash plugin.