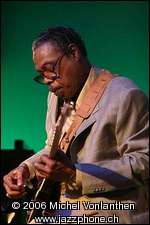 Dupree was born and raised in Fort Worth, Texas, where he graduated from I.M. Terrell High School.[4] Dupree began his career playing in the Atlantic Records studio band, recording on albums by Aretha Franklin (Aretha Live at Fillmore West) and King Curtis[3] as a member of Curtis's band "The King Pins" (having grown up with King Curtis in Fort Worth). He appeared on the 1969 Lena Horne and Gábor Szabó recording, and on recordings with Archie Shepp, Grover Washington, Jr., Snooky Young and Miles Davis.

He was a founding member of the band Stuff,[2] which featured fellow guitarist Eric Gale, Richard Tee on keyboards, Steve Gadd and Chris Parker on drums, and Gordon Edwards on bass. Dupree and Tee recorded together on many occasions. Notable albums include the aforementioned Aretha and King Curtis records, plus Joe Cocker's Stingray and Luxury You Can Afford, plus Cornell's solo albums Teasin', Saturday Night Fever (instrumental), Shadow Dancing, Can't Get Through, Coast to Coast, Uncle Funky, Child's Play, Bop 'n' Blues, and Unstuffed. He played on Brook Benton's "Rainy Night in Georgia" and "Please Send Me Someone to Love", and is featured on two tracks of Peter Wolf's 1998 album, Fool's Parade. He is also known for playing the opening guitar riff on Aretha Franklin's "Respect".[2]

In December 1972, the UK music magazine, NME, reported that Dupree, along with Roberta Flack and Jerry Jemmott, had been injured in an auto accident in Manhattan.[5]

In later years, Dupree used a Fender "red-knob" Twin Reverb and played a Yamaha signature guitar called the Dupree Super Jam (it used to be a model similar to the SJ-550 HM, but now is closer to a three-pickup Pacifica with a maple neck).

In 2009, Dupree appeared in a documentary entitled Still Bill, which chronicled the life and times of Bill Withers. He appeared on stage playing a guitar-led version of Grandma's Hands. Bill Withers, at first, was sitting in the audience, but ended up joining him on stage to sing the lyrics to the song. In this part of the documentary, Dupree played his guitar on a stool, breathing using an oxygen machine, which foretold his suffering from emphysema.

Dupree died on May 8, 2011 at his home in Fort Worth, Texas. He had been waiting for a lung transplant as a result of suffering from emphysema.[6]

With Lena Horne and Gábor Szabó

With The Nineteenth Whole

This article uses material from the article Cornell Dupree from the free encyclopedia Wikipedia and it is licensed under the GNU Free Documentation License.