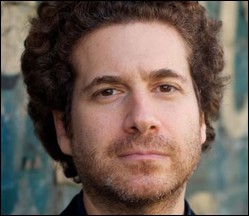 Kevin Hays (born May 1, 1968) is an American jazz pianist. He is known for the Kevin Hays Trio and being in the Bill Stewart Trio. Featured on dozens of recordings with a variety of leading jazz artists, ten CDs as leader, three on Blue Note Records, he has played with Sonny Rollins, Benny Golson, Ron Carter, Joe Henderson, Roy Haynes, John Scofield, Donald Harrison, Chris Potter, Al Foster, Buster Williams, Art Farmer, and others.

Hays was born in New York City and was raised in Greenwich, Connecticut. He began studying piano at the age of six and was playing professionally by 15, finding himself two years later, playing with baritone saxophonist Nick Brignola. After spending a year at the Manhattan School of Music to perfect his skills, he began travelling around the U.S., Japan, and Europe with various bands, including The Harper Brothers, Benny Golson, Joe Henderson and Eddie Gomez.

In 1994 he signed a contract with Blue Note, releasing three recordings which received favourable reviews. His Seventh Sense (1994), praised by The New York Times, was recognized as one of the "Top 40 Jazz Releases of the Year" by Musician Magazine; and Andalucia (1997), featuring Ron Carter and Jack DeJohnette, was voted four stars by DownBeat Magazine.

In 1995 Sonny Rollins invited Hays to join his group, and a year and a half later guitarist John Scofield wanted Hays to tour in his "Quiet" band.

Hays continues to perform worldwide in solo concerts and as a member of The Sangha Quartet, which features young overseas jazz players such as Seamus Blake (tenor sax), Larry Grenadier (double bass), and Bill Stewart (drums); with this quartet he recorded Fear of Roaming, where he contributed five compositions and one arrangement.

His own trio, which lines up as bassist Doug Weiss and Bill Stewart on drums: on its recordings with the Kevin Hays Trio (the latest release is For Heaven's Sake, JazzEyes).

This article uses material from the article Kevin Hays from the free encyclopedia Wikipedia and it is licensed under the GNU Free Documentation License.

September Song Werner "Wieni" Keller Trio
Update Required To play the media you will need to either update your browser to a recent version or update your Flash plugin.