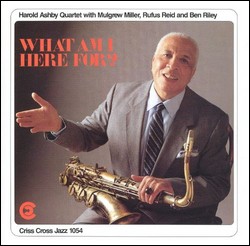 Ashby worked as a freelance musician after leaving the Duke Ellington Orchestra in 1975, and took part in various reunions of Ellington alumni, as well as recording and gigging with his own bands.[3]

This article uses material from the article Harold Ashby from the free encyclopedia Wikipedia and it is licensed under the GNU Free Documentation License.