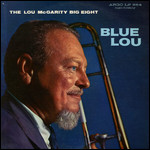 Lou McGarity (July 22, 1917– August 28, 1971) was an American jazz trombonist, violinist and vocalist born in Athens, GA, perhaps most noteworthy for his works with Benny Goodman throughout the 1940s. During this period and throughout his career McGarity also collaborated often with Eddie Condon. In the 1950s McGarity worked with artists such as Neal Hefti, Cootie Williams and Muggsy Spanier. McGarity also was a studio musician for Arthur Godfrey on Arthur Godfrey's Talent Scouts television show.

With The World's Greatest Jazz Band

This article uses material from the article Lou McGarity from the free encyclopedia Wikipedia and it is licensed under the GNU Free Documentation License.