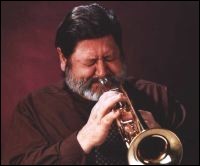 After leaving college in 1960, Shew was drafted into the U.S. Army and played trumpet with the NORAD band in Colorado Springs and on tour. After leaving the Army, Shew joined Tommy Dorsey's band and then played with the Woody Herman and then the Buddy Rich Big Bands in the mid- to late 1960s. In 1972 Shew moved from Las Vegas to Los Angeles where he did much studio work as well as play with some of the top big bands of the era through the end of the 1970s: Akiyoshi/Tabackin; Bellson; Ferguson; and others.[1][2] In addition to playing on several notable Big Band recordings starting in the 1960s, Shew recorded several albums as leader, starting with Telepathy in 1978.

Shew has mentored jazz musicians in New Mexico, and has led the Albuquerque Jazz Orchestra. He has taught a two-week workshop for high school students at the Skidmore Summer Jazz Institute in Saratoga Springs, New York, Shew also concertizes and teaches worldwide, including a two-week Residency at the Graz University of Music in Austria in 2017. He has taught at leading European music schools in Austria, Germany, the Netherlands, and Switzerland, and also in Canada.

This article uses material from the article Bobby Shew from the free encyclopedia Wikipedia and it is licensed under the GNU Free Documentation License.