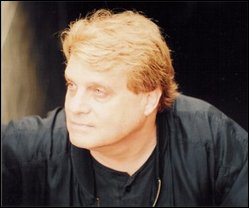 A nephew of British-born American songwriter Jule Styne, Bregman was born in Chicago. He studied at UCLA and during his sophomore year arranged and conducted Jerry Leiber and Mike Stoller's "Bazoom (I Need Your Lovin')" for the Cheers, which subsequently became his first hit record. In 1955 he was appointed orchestra leader for the Gary Crosby Show on CBS radio.

Aged 25, Bregman became head of A&R at Norman Granz's newly established Verve Records, following a chance meeting with Granz at the home of Rosemary Clooney and José Ferrer. He arranged and conducted their first single ("I'm With You" / "The Rock and Roll Waltz") and their first album, Anita, both featuring vocals by Anita O'Day. In 1956 Bregman arranged and conducted three Verve Records albums which subsequently all went platinum. The first two recordings in Ella Fitzgerald's Songbooks project were arranged by Bregman: the Cole Porter and Richard Rodgers entries. He also arranged several of Fitzgerald's early Verve Records singles.

Learning that Bing Crosby was out of his exclusive contract at Decca Records, in 1956 Bregman conceived, arranged and conducted Bing Sings Whilst Bregman Swings, which went platinum. That same year, he was the arranger and conductor on Verve Record's The Greatest!! Count Basie Plays, Joe Williams Sings Standards.

In addition, he produced a selection of his own instrumental albums, such as The Gershwin Anniversary Album, Funny Face & Other Gershwin Tunes, Swinging Kicks, Swingin' Standards, Dig Buddy in Hi-Fi, Symphony of the Golden West, Anita O'Day – Rules of the Road, and That Swing. Following his tenure at Verve Records he became the musical director on NBC's The Eddie Fisher Show, before featuring in his own show, The Music Shop.

He was involved in creating the scores or orchestrations for several motion pictures in this period: Five Guns West (1955), Crime in the Streets and The Wild Party (both 1956), The Pajama Game (1957), including scoring all of the Bob Fosse dance numbers, The Delicate Delinquent, Born Reckless (1958), Secret of the Purple Reef (1960), and The Cat Burglar (1961).

In the early 1960s Bregman became a television producer and director. After producing several TV specials in Europe, he was hired by David Attenborough for BBC 2 in 1964. In 1966, he was appointed head of light entertainment for the weekday ITV company Rediffusion London.

Upon returning to the United States, Bregman worked as a producer and director on numerous television productions, both series and specials.

In late 2004, Bregman was tasked with arranging and conducting a 16-track vocal album of old and newer pop/jazz standards. It features an 18-piece big band of West Coast sidemen Hubert Laws, Ricky Woodard, Charles Owens, George Bohannon, Bobby Rodriguez, Patrice Rushen, Roberto Miranda, and others. These sessions were recorded over two days in May 2006 at the Quincy Jones / Michael Jackson designed signature studio, 'D', at Westlake Recording Studios, with the UCLA's and CJO's Charley Harrison serving as MD. The album was conceived and self-produced by actor and amateur baritone, Tom Mark. Vocals were recorded by Mark at Westlake Recording Studios in May and November 2006. Bregman also recorded 'scratch' vocals against each and every one of his own session-tracks during studio downtime at Westlake.

Bregman was married to actress Suzanne Lloyd from 1961 to 1988; the couple had a daughter, the American daytime television actress Tracey E. Bregman. On January 8, 2017, she confirmed that Bregman had died from complications of Alzheimer's disease, which he had suffered from for many years.[2]

This article uses material from the article Buddy Bregman from the free encyclopedia Wikipedia and it is licensed under the GNU Free Documentation License.

All Of You Melch Däniker Trio
Update Required To play the media you will need to either update your browser to a recent version or update your Flash plugin.