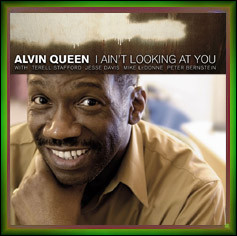 Alvin Queen is an American jazz drummer born in the Bronx, New York, on August 16, 1950. At 16, he played for Ruth Brown and Don Pullen and with the Wild Bill Davis trio. He played with trombonist Benny Green and guitarist Tiny Grimes in 1969 and replaced Billy Cobham in the Horace Silver quintet. He also played with the George Benson quartet, before rejoining Charles Tolliver in November 1971. During the seventies, he lived in Canada, before settling in Switzerland in 1979 and creating the label Nilva, an anagram of his first name.

This article uses material from the article Alvin Queen from the free encyclopedia Wikipedia and it is licensed under the GNU Free Documentation License.

It's A Blue World Swiss Army Big Band feat. Swing4you!
Update Required To play the media you will need to either update your browser to a recent version or update your Flash plugin.