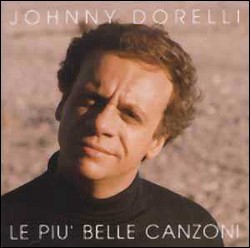 Born as Giorgio Guidi in Meda, he debuted as singer in the late 1950s for CGD label. In 1958 he won the Sanremo Festival in duo with Domenico Modugno, with the songs "Nel blu dipinto di blu" (also known as "Volare") and "Piove (Ciao ciao bambina)". "L'immensità" earned Dorelli a ninth place at the 1967 edition of the Sanremo Song Festival.[1]

His greatest success was the musical Aggiungi un posto a tavola, which was also performed at the Adelphi Theatre in London's West End in an English version entitled Beyond the Rainbow in 1978.

After marriages to actresses Lauretta Masiero and Catherine Spaak (1972-1978), he is currently married to Gloria Guida, a former actress.

This article uses material from the article Johnny Dorelli from the free encyclopedia Wikipedia and it is licensed under the GNU Free Documentation License.