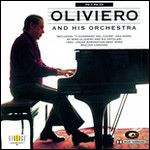 Born in Naples, Oliviero began his career as composer after the Second World War, composing a series of successful Neapolitan melodies such as "'Nu quarto 'e luna" and "'O ciucciariello".[1] From Sixties he worked as musical editor of various newspapers and signed the soundtracks of a number of films, including Mondo Cane of which the theme song, "More", co-written with Riziero "Riz" Ortolani, was nominated for the Academy Award for Best Original Song at the 36th Academy Awards and became an international hit.[1] Oliviero died in Rome, at 62, after a long illness.[1]

This article uses material from the article Nino Oliviero from the free encyclopedia Wikipedia and it is licensed under the GNU Free Documentation License.

Basement Blues Philipp Rellstab / Uros Perich
Update Required To play the media you will need to either update your browser to a recent version or update your Flash plugin.