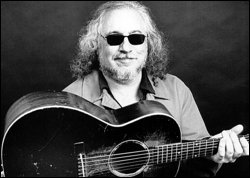 Margolin started playing guitar in 1964, and his first appearance on record was with Boston psychedelic band Freeborne, and their 1967 album Peak Impressions.

Margolin was a backing musician for Muddy Waters from 1973 to 1980, performing with Waters and The Band in The Last Waltz. As a solo recording artist, he has recorded albums for Alligator Records, Blind Pig, Telarc and his own Steady Rollin' record label.

In 1978, he made a guest appearance on Big Joe Duskin's long awaited debut album, "Cincinnati Stomp" on Arhoolie Records.

In 1979 he made a guest appearance, along with Pinetop Perkins, on The Nighthawks album, Jacks & Kings.[3]

In 1994, he appeared with Jerry Portnoy as guest musicians on the album, Ice Cream Man by John Brim.[4] It received a Blues Music Award (formerly W. C. Handy Award) nomination as the best 'Traditional Blues Album of the Year'.[5]

Margolin is a columnist for the Blues Revue magazine.

In 2013, Margolin was nominated for a Blues Music Award in the 'Traditional Blues Male Artist' category. His joint album with Ann Rabson, Not Alone was also nominated in the 'Acoustic Album' category.[6]

This article uses material from the article Bob Margolin from the free encyclopedia Wikipedia and it is licensed under the GNU Free Documentation License.