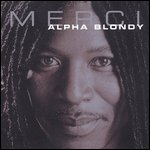 Alpha Blondy (January 1, 1953)[1] born Seydou Koné in Dimbokro, Côte d'Ivoire (Ivory Coast) is a reggae singer and international recording artist. Many of his songs are politically motivated, and are mainly sung in his native language of Dioula, French and in English, though he occasionally uses other languages, for example, Arabic or Hebrew.

First son of a family of 8 children, Seydou Koné was raised by his grandmother, growing up in what he described as "among elders", which later was to have a big impact on his career. In 1962, Alpha Blondy went to join his father in Odienné, where he spent ten years, attended Sainte Elisabeth High School, and was involved in the Côte d'Ivoire students movement. In high school, he formed a band, but this hobby affected his schooling and he was expelled due to poor attendance. His parents then sent him to study English in Monrovia in the neighboring country of Liberia in 1973. He spent thirteen months there and then moved to the United States of America to improve his English.[2]

College in the USA

In 1974, Seydou moved to New York where he majored in English at Hunter College, and later in the Columbia University American Language Program because he wanted to be a teacher. In New York he met Rastafarians for the first time, and was also able to see concerts by Jamaican artists such as Burning Spear. Seydou was involved in multiple altercations in New York and returned to the Côte d'Ivoire, where he got into even more trouble until he met up with one of his childhood friends, Fulgence Kassi, who had become a noted television producer. This was the beginning of his real career as a musician, and he began to use the name "Alpha Blondy".[3]

After various TV shows for Kassi, Blondy recorded his first solo album in 1982, entitled Jah Glory. This album was to have enormous success and would become later a symbol of resistance because of the song "Brigadier Sabari," which documents his experience of being arrested in Abidjan in the 1980s and his subsequent mistreatment by the police.[4] Alpha Blondy became a big star in Abidjan with his own African twist of Reggae music, becoming in the eyes of his fans "the Bob Marley of Africa".[5] Alpha Blondy is spiritual, political and positive just like Marley himself, and even recorded a cover of Bob Marley's song "War." In order to reach more people with his message, he chose to sing in many languages: English, French, Baoule, and his native language Dioula.[5] Later, he also brought new instrumentation to his brand of reggae such as the violin and cello.

Soon, the fame of Alpha Blondy spread to Europe. Following the success of an EP entitled Rasta Poué, he went to Paris in 1984 to make his second album, Cocody Rock, with the label Pathe Marconi. The "Bob Marley of Africa" travelled to the island of Jamaica and recorded the title track of this album with Marleys backing group, The Wailers.

Back home in 1985, Alpha went into the studio to record Apartheid is Nazism, a call for the end of Apartheid. In 1986, Blondy recorded Jerusalem at the Tuff Gong studios in Jamaica, again with The Wailers featuring Bob Marley's legendary Bass Aston "Family Man" Barrett. Blondy tried to promote unity between the religion of Islam, Judaism and Christianity. He drew his arguments and inspiration from his own diverse knowledge of the Bible, the Quran, and the Torah. That same year, Blondy sang in Hebrew during a concert in Morocco. At this point, he was touring continuously. His new album Revolution had a lighter, gentler sound; this was the album with cellos in the instrumentation, and the line-up included veteran Côte d'Ivoirian singer Aicha Kone. The album also included "Jah Houphouët parle," a long speech by Côte d'Ivoire president Félix Houphouët-Boigny with only the most minimal beat behind it.

Blondy spent the years 1987-1989 giving concerts and recording SOS Guerre Tribale in Abidjan. This was promoted by Blondy himself as he was distancing himself from Pathe Marconi at this stage. This was not to be a real success but it did not deter Blondy and in 1991 he returned to Europe for a concert tour and to record his famous album Masada with the help of musical legends such as Bocana Maiga and UK reggae producer Dennis Bovell. The album, with its hit single "Rendez Vous" was a huge success, and later, Blondy was to receive his first Gold Disc in Paris.

At the beginning of 1993, worn out from a world tour, Blondy succumbed to depression and was taken into an institution for psychiatric help. But as his health recovered he recorded the album Dieu ("God"), on which he appears more spiritual and religious, on tracks such as "Heal Me", about his illness and recovery.

Blondy's psychiatric treatment continued but, on December 10, 1994, Blondy was back with the festival in memory of President Houphouet, and later he made his European comeback at a storming concert at Le Zenith in Paris. In 1996, Blondy released a hits compilation and went back into the studio to record the album Grand Bassam Zion, singing in six languages: Malinke, Arabic, French, English, Ashanti and Wolof.

After two more years in Paris, Blondy returned to his homeland in 1998, with a new album, The Prophet. Convinced his label was too much focused on the international market, he decided to create his own label. Since then Alpha has recorded albums and singles, such as "Yitzhak Rabin", in memory of the Israeli prime minister who was assassinated in 1995 (this was accompanied by yet another grueling tour of Europe), the single "Journaliste en Danger" from his 2000 album Elohim.[3]

Alpha Blondy celebrated 20 years as a recording artist, with the release of his CD MERCI, in 2002 featuring Ophelie Winter and Saian Supa Crew, which earned him a 2003 Grammy Awards Nomination for "Best Reggae Album". However due to the political situation in his home country of Côte d'Ivoire (Ivory Coast), he was unable to personally attend the award ceremony in New York City. In an unprecedented move, the Grammy Awards permitted him to send a representative in his place of honour. [6] In 2005 Akwaba was released. His latest CD is entitled "Jah Victory" and was released July 2007. It features Sly Dunbar and Robbie Shakespeare as well as Tyrone Downie formerly of Bob Marley and the Wailers. "Victory" is in honor of the peace agreement that was reached and implemented in his country in March 2007. [7]

One of his most popular and successful songs was Sébé Allah Y'é.

On July 19, 2009, Alpha Blondy performed at New York's Central Park before a crowd of many native Africans, Jamaicans, and Americans.

June 13, 2010, a large crowd was allowed into a Blondy concert in the Côte d'Ivoire to celebrate the peace and unity of the country. Ironically, overcrowded conditions at the concert resulted in at least 20 people being injured, two of whom died.[8]

June 27, 2010, Alpha Blondy was the closing act at Parkpop, The Hague, Netherlands. He replaced Snoop Dogg and Beenie Man.

Blondy has also been an important influence on other African reggae artists such as Ismaël Isaac.[9]

Alpha Blondy was born to a Muslim father and a Christian mother, and was brought up by a grandmother "who taught him to love everyone".[5] Blondy's respect for all religions and the spirituality he derives from them can be heard on the tracks God is One or Jerusalem where he sang for unity between all religions in 1986.

Alpha Blondy was named United Nations Ambassador of Peace for Côte d'Ivoire in 2005. He made great efforts to bring about a peaceful solution to his country's political and physical division which was a result of an attempted Coup in 2001. As of March 2007 a peace agreement was signed and implemented, due to the hard work of many people including Alpha Blondy. Alpha now reaches out further with the newly created not-for-profit, non-government, non-political, charitable foundation, Alpha Blondy Jah Glory Foundation, which works towards ending social injustice and generational poverty by giving people the tools that they need to help themselves. He strongly believes in helping the poor (Jah Glory), and also that children should not be hurt. The Foundation strives to create and implement grassroots programs at the village level, such as the Womens Self-Sufficiency Micro Loan Program, to teach women who are caring for multiple orphans how to start and manage their own business, to better provide for their families, as well as other sustainable projects, such as the Tafari-Genesis Retreat Camp for Children (Côte d'Ivoire and Burkina Faso). It especially hopes to bring joy and hope to children who have been affected by civil wars, former child soldiers, and those who suffer from chronic life-threatening illnesses, such as sickle-cell anemia, malaria, asthma, etc.

Alpha Blondy continues to fight for peace and unity all around the world through music. A recent example is his single Who Are You with Ophelie Winter against antipersonnel mines. He has also participated at many humanitarian and charity concerts, such as the concert in Senegal in March 2006 for the eradication of Malaria in Africa (where he appeared along with many other celebrities). He also continues this work in Côte d'Ivoire itself, at his annual free concert at Bassam beach called festa.

His first success was Brigadier Sabari. Some representative songs are :

This article uses material from the article Alpha Blondy from the free encyclopedia Wikipedia and it is licensed under the GNU Free Documentation License.