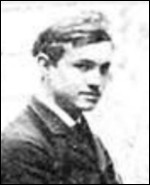 Dupont was born in Caen. Following after his father who was teacher at the Malherbe secondary school and the organist at the Church Saint-Étienne in his home town, at the age of 15, Dupont began his studies at the conservatory of music and declamation. There, he studied harmony with Antoine Taudou, descant with André Gedalge and composition with Jules Massenet. In 1895, he was given instruction on the organ by Alexander Guilmant. Between 1897 and 1903, he studied composition with Charles-Marie Widor.

Dupont's brothers also had artistic careers. Maurice, curator of the Guimet Museum, was an Oriental expert and man of letters. Robert (1874-1949) was a landscaper for Sarthe and Brittany and was an official painter of the town halls of Paris.

In 1901, while performing his military service, Dupont competed for the Rome Prize. He won second prize, behind André Caplet but in front of Maurice Ravel. He was also named laureate of the Sonzogno competition for composing the opera La Cabrera. This composition became well known for its success in la Scala, then in 1905 in the Théâtre national de l'Opéra-Comique. As a pianist, he famously composed a cycle of ten pieces for the piano, La Maison dans les dunes (1908-1909), created on June 3, 1910 with Maurice Dumesnil at Salle Pleyel. He went on to write another three operas. The first, La Glu (1909), was a Breton melodrama based on a novel by Jean Richepin. The second, La Farce du cuvier (1911), was based on a libretto by Henri Cain. The third was also based on Cain's libretto, and was called Antar (191214). This last opera was performed after Dupont's death in a grandiose and exotically dark production at the Théâtre national de l'Opéra-Comique in March, 1921.

Dupont died from tuberculosis on the evening of August 1, 1914. The monument on his tomb is prominent in the graveyard of Le Vésinet, the city where he died. A recording of La cabrera has been released on the Bongiovanni label.[1]

This article incorporates information from the equivalent article on the French Wikipedia.

This article uses material from the article Gabriel Dupont from the free encyclopedia Wikipedia and it is licensed under the GNU Free Documentation License.

The Best Is Yet To Come Stacey Kent
Update Required To play the media you will need to either update your browser to a recent version or update your Flash plugin.