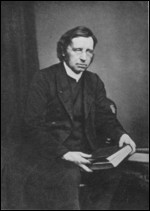 Neale was born in London, his parents being the Revd Cornelius Neale and Susanna Neale, daughter of John Mason Good. He was educated at Sherborne School, Dorset, and Trinity College, Cambridge, where (despite being said to be the best classical scholar in his year) his lack of ability in mathematics prevented him taking an honours degree.[1]

Neale was named after the Puritan cleric and hymn writer John Mason (164594), of whom his mother Susanna was a descendant.[2]

At the age of 22 Neale was the chaplain of Downing College, Cambridge. At Cambridge he was affected by the Oxford Movement and helped to found the Cambridge Camden Society (afterwards known as the Ecclesiological Society). Though he was ordained in 1841 becoming the Vicar of Crawley the following year, but being forced to resign by 1846 due to disagreements with the diocesan bishop and his congregation, when he became warden of Sackville College, an almshouse at East Grinstead, an appointment which he held until his death.[3]

In 1854 Neale co-founded the Society of Saint Margaret, an order of women in the Church of England dedicated to nursing the sick. Many Anglicans in his day, however, were very suspicious of anything suggestive of Roman Catholicism. Only nine years earlier, John Henry Newman had encouraged Catholic practices in Anglican churches and had ended up becoming a Roman Catholic. This encouraged the suspicion that anyone such as Neale was an agent of the Vatican, assigned to destroy Anglicanism by subverting it from within. Once Neale was attacked and mauled at a funeral of one of the Sisters. From time to time unruly crowds threatened to stone him or to burn his house. He received no honour or preferment in England, and his doctorate was bestowed by Trinity College (Connecticut). However, his basic goodness eventually won the confidence of many who had fiercely opposed him, and the Sisterhood of St Margaret survived and prospered.

Neale was strongly high church in his sympathies, and had to endure a good deal of opposition, including a fourteen years' inhibition by his bishop. Neale translated the Eastern liturgies into English, and wrote a mystical and devotional commentary on the Psalms. However, he is best known as a hymn writer and, especially, translator, having enriched English hymnody with many ancient and mediaeval hymns translated from Latin and Greek. More than anyone else, he made English-speaking congregations aware of the centuries-old tradition of Latin, Greek, Russian, and Syrian hymns. The English Hymnal (1906) contains 63 of his translated hymns and six original hymns by Neale. His translations include:

Neale's most enduring and widely known legacy is probably his contribution to the Christmas repertoire, most notably "Good Christian Men, Rejoice" and his original legendary Boxing Day carol, "Good King Wenceslas". He was also responsible for much of the translation of the Advent hymn "O come, O come, Emmanuel", based on the "O Antiphons" for the week preceding Christmas,[4][5] and his hymn "A Great and Mighty Wonder" (translated from the Greek of St Germanus, although Neale incorrectly attributed it to St Anatolius.[3] Neale also published An Introduction to the History of the Holy Eastern Church (1850, 2 vols); History of the so-called Jansenist Church of Holland (1858); Essays on Liturgiology and Church History (1863); and many other works.

Since Neale died on the Festival of the Transfiguration, he is commemorated by the Anglican churches on the following day, 7 August. He is also commemorated in the Calendar of Saints of the Evangelical Lutheran Church in America as a hymnwriter on 1 July with Catherine Winkworth.

This article uses material from the article John Mason Neale from the free encyclopedia Wikipedia and it is licensed under the GNU Free Documentation License.