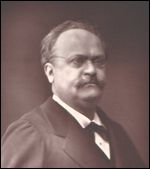 Lecocq was born in Paris, where he was admitted into the Conservatoire in 1849, being already an accomplished pianist. He studied under François Bazin, François Benoist, and Fromental Halévy, winning the first prize for harmony in 1850, and the second prize for fugue in 1852. He first gained notice by sharing with Georges Bizet the first prize for an operetta in a competition instituted by Jacques Offenbach.

His opéra comique, Le Docteur Miracle, was performed at the Théâtre des Bouffes Parisiens in 1857. After that he wrote constantly for theatres, but produced nothing especially successful until Fleur-de-thé (1868), which ran for more than a hundred nights. Les cent vierges (1872) was also favorably received.

All his previous successes were cast into the shade by La fille de Madame Angot (Brussels, 1872), which in Paris in 1873 was performed for more than 400 nights consecutively, and which has since gained and retained enormous popularity.[1] After 1873, Lecocq produced a large number of operettas, though he never equalled his early triumph in La fille de Madame Angot. Camille Saint-Saëns was a friend of Lecocq's, and never ceased to admire the latter's music. Lecocq died in his home city of Paris, aged 85.

This article uses material from the article Charles Lecocq from the free encyclopedia Wikipedia and it is licensed under the GNU Free Documentation License.