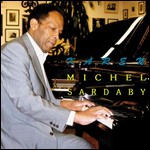 Born in Fort-de-France, Martinique, he moved to Paris, where in March 1967, he was one of the pianists, the others being Joe "Stride" Turner, Errol Parker, Claude Bolling, Stuart de Silva, and Aaron Bridgers, accompanied on some tracks by bassist John Lamb, among others, who recorded the 90-minute session known as Tape for Billy, dedicated to Billy Strayhorn, who was in hospital. Duke Ellington, also in Paris, personally supervised the recording, although he did not actually perform on it himself, and wanted to use the proceeds from its sale to create a Billy Strayhorn scholarship in Paris,[1] similar to the one at Juilliard in New York.[2]

In 1970, he led a trio comprising Percy Heath and Connie Kay, which appeared on his debut album, Night Cap.

His 1974 album, Gail, won the 1976 Prix Boris Vian.[3] For his 1989 album, Going Places, he was accompanied by Rufus Reid and Marvin "Smitty" Smith, and in 1993, he recorded with his quintet, which comprised Ralph Moore, Louis Smith, Peter Washington and Tony Reedus.

This article uses material from the article Michel Sardaby from the free encyclopedia Wikipedia and it is licensed under the GNU Free Documentation License.