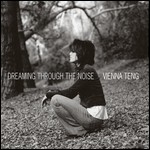 Cynthia Yih Shih (born October 3, 1978, Saratoga, California), better known by her stage name Vienna Teng, is an American pianist and singer-songwriter based in Detroit, Michigan. Teng has released five studio albums: Waking Hour (2002), Warm Strangers (2004), Dreaming Through the Noise (2006), Inland Territory (2009) and Aims (2013). She has also released one live album, The Moment Always Vanishing (2009), on which she is double-billed with her percussionist, Alex Wong.

A native of Saratoga, California, she began playing classical piano at age 5. Both her parents came from Taiwan.[3] She was salutatorian at Saratoga High School. In 1996, whilst pursuing a degree in computer science at Stanford University, Teng joined the Stanford Harmonics, a student-run a cappella group.[4]

She began recording her compositions at the studios in Stanford's Center for Computer Research in Music and Acoustics (CCRMA), intending to distribute her music on campus. Many of these recordings were eventually released in her début album Waking Hour. After graduating in 2000, Teng worked as a software engineer for Cisco Systems in San Jose, but she continued to write music and perform in her free time.

In 2002, Teng signed with Virt Records and quit Cisco Systems to focus on her musical career.

After receiving an MBA/MS from the Erb Institute for Global Sustainable Enterprise at the University of Michigan in 2013, she started full-time employment with McKinsey & Company. She is currently an Engagement Manager in the firm's Denver office, with a focus on global energy economics, energy storage and renewable energy integration, company-wide transformations, fuel economy technologies, "smart cities" (technology-enabled infrastructure), regional economic development, and innovations in healthcare delivery.[5]

Dreaming Through the Noise

From December 2006 to early 2007, Teng toured extensively in the United States to promote the release of her third album, Dreaming Through the Noise. Teng co-headlined with Duncan Sheik and opened for Madeleine Peyroux. She began the Green Caravan Tour in April 2007, accompanied by cellist Marika Hughes, violinist Dina Maccabee, and percussionist Alex Wong, along with opening acts such as David Berkeley and Jenny Owen Youngs. In 2008, she relocated from California to New York City, and performed in Central Park on Earth Day at the Green Apple Festival.

Study at the University of Michigan

In 2010, Teng announced to her fans that she had been accepted into the Erb Institute for Global Sustainable Enterprise at the University of Michigan. Through the program, she received an MBA from the Ross School of Business and an MS from the School of Natural Resources and Environment. During this period, Teng moved to Ann Arbor, Michigan, where she continued to perform and compose music, although she did not tour as frequently as she had before enrolling.

Teng's fifth studio album, titled Aims, was released in September 2013. From September to December 2013 Teng went on a tour across the United States and Western Europe to promote the new material. During this tour, she performed as a trio with Alex Wong and Jordan Hamlin, two other musicians who appeared on the album. The album, including various deluxe versions, is available via her official site.[10]

In the summer of 2014, Drum Corps International performing ensembles the Bluecoats and the Oregon Crusaders used Aims track "The Hymn of Acxiom" in their respective productions.[14]

In November 2014, the Virtual Choir Friends group released a virtual choir performance of the song, featuring 58 singers from 12 countries.[15]

Although nearly all of Teng's recordings are in English, Warm Strangers features a hidden cover of "Green Island Serenade", a 1950s Taiwanese classic performed in Mandarin Chinese.

Teng has also stated live that the lyrics to "Grandmother Song" from Inland Territory are nearly a verbatim translation of a lecture that Teng received from her Mandarin-speaking grandmother, voicing her disapproval of Teng's career choice.

This article uses material from the article Vienna Teng from the free encyclopedia Wikipedia and it is licensed under the GNU Free Documentation License.

Moi je joue Puppini Sisters
Update Required To play the media you will need to either update your browser to a recent version or update your Flash plugin.