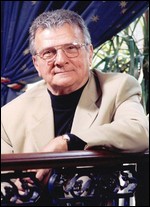 A self-taught drummer, in the early 1950s Ganley played in the dance band led by Bert Ambrose. In 1953 he came to prominence as a member of Johnny Dankworth's band, then the most popular modern jazz group in the UK. Also in the 1950s, he worked with pianist Derek Smith, Dizzy Reece, clarinettist Vic Ash, Ronnie Scott and several visiting American musicians. Towards the end of the decade he was co-leader with Ronnie Ross of a small group known as the Jazzmakers.

In the early 1960s, Ganley was often with Tubby Hayes, playing with his small groups and the occasionally assembled big band. As house drummer at Ronnie Scott's Jazz Club he played with numerous leading American jazzmen, including Dizzy Gillespie, Stan Getz, Jim Hall, Freddie Hubbard and Rahsaan Roland Kirk. In the early 1970s he took time out to study at Berklee College of Music in Boston, Massachusetts, then returned to the UK to form and lead a big band, which he maintained sporadically for the next 10 years.

Throughout the '70s and '80s, Ganley could be seen and heard on countless broadcasts and recording dates, playing with jazz musicians of all styles, effortlessly slipping from traditional to post-bop to big band to mainstream, all the while swinging with great subtlety. In the '90s Ganley was as active as ever, playing club and festival dates throughout the UK with occasional overseas trips. The self-effacing nature of his playing made him a perfect accompanist for pianists as different as Teddy Wilson and Al Haig and for singers from Carol Kidd to Blossom Dearie.

Although less well known for his work as an arranger, Ganley provided charts for many leading British jazzmen as well as for the BBC Radio Big Band, thus enhancing the enormous yet understated contribution he made to the British jazz scene over the years.

This article uses material from the article Allan Ganley from the free encyclopedia Wikipedia and it is licensed under the GNU Free Documentation License.

Blue Skies Rod Stewart
Update Required To play the media you will need to either update your browser to a recent version or update your Flash plugin.