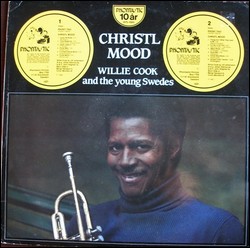 Cook grew up in Chicago and learned to play violin before settling on trumpet as a teenager. He joined King Perry's band in the late 1930s, then joined Jay McShann's band early in the 1940s. His later credits include performing and recording with Johnny Hartman, Earl Hines, Jimmie Lunceford, Ella Fitzgerald, Dizzy Gillespie, Duke Ellington, B.B. King, and Count Basie (1970s). He moved to Sweden in 1982 after spending time in the country touring.

This article uses material from the article Willie Cook from the free encyclopedia Wikipedia and it is licensed under the GNU Free Documentation License.