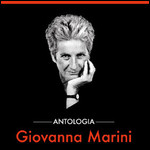 She was born in Rome in a family of musicians. In 1959 she obtained her diploma in classical guitar at the conservatory of Santa Cecilia (Rome). In early 1960s she began personally to know some Italian intellectuals and researchers of popular tradition, such as Pier Paolo Pasolini, Dario Fo, Italo Calvino and others.
A political activist in the communist field, in her long musical career she became mainly famous for her lyrics (many of them sung by Paolo Pietrangeli), embracing the themes of the Italian '68 period [1] and other political and social issues. From 1991 to 2002 she taught ethnomusicology in the University of Vincennes (Paris-VIII).[2]

This article uses material from the article Giovanna Marini from the free encyclopedia Wikipedia and it is licensed under the GNU Free Documentation License.

Don't Misunderstand Houston Person
Update Required To play the media you will need to either update your browser to a recent version or update your Flash plugin.