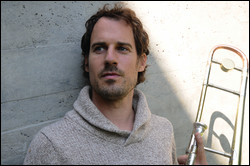 born on 7/11/1972 in Braunschweig, Niedersachsen, Germany

This article uses material from the article Nils Wogram from the free encyclopedia Wikipedia and it is licensed under the GNU Free Documentation License.