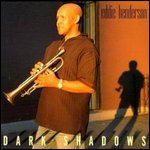 Henderson's mother was one of the dancers in the original Cotton Club. She had a twin sister, and they were called The Brown Twins. They would dance with Bill "Bojangles" Robinson and the Nicholas Brothers. In the film showing Fats Waller playing "Ain't Misbehavin'", Henderson's mother sat on the piano whilst Waller sang to her. His father sang with Billy Williams and The Charioteers, a popular singing group.

Henderson was influenced by the early fusion work of jazz musician Miles Davis, who was a friend of his parents.[1] They met in 1957 when Henderson was aged seventeen, and played a gig together.

After completing his medical education, Henderson went back to the Bay area for his medical internship and residency - and the break that thrust him fully into music. It was a week-long gig with Herbie Hancock's Mwandishi band that led to a three-year job, lasting from 1970-73. In addition to the three albums recorded by the group under Hancock's name, Henderson recorded his first two albums, Realization (1972) and Inside Out (1973), with Hancock and the Mwandishi group.

After leaving Hancock, the trumpeter worked extensively with Pharoah Sanders, Mike Nock, Norman Connors, and Art Blakey's Jazz Messengers, returning to the San Francisco Bay Area in 1975 where he joined the Latin-jazz group Azteca, and fronted his own bands. He also recorded with Charles Earland (popular for his version of "Let the Music Play" in 1978), and later, in the 1970s, led a rock-oriented group. While he gained some recognition for his work with the Herbie Hancock Sextet (1970-1973), his own records were considered too "commercial".[2]

After three years in the Air Force, Henderson enrolled at the University of California, Berkeley, graduating with a B.S. in zoology in 1964. He then studied medicine at Howard University in Washington D.C., graduating in 1968. Though he undertook his residency in psychiatry, he practiced general medicine[3] from 1975 to 1985 in San Francisco, part-time for about four hours a day working at a small clinic. Henderson said, "The head doctor knew I was into music and he hired me with the stipulation that whenever I get tours I can go and come as I please. They would even pay me when I was gone. It was lovely", he recalled. "I just wanted to play music. But I never in my wildest dreams thought I'd ever have a chance to play with the big guys."

Henderson's only UK hit was the single "Prance On" recorded for Capitol which reached No. 44 in the UK Singles Chart in Novemnber 1978.[4] The newly introduced 12" vinyl single format for this track helped promote it on the disco/club scene at the time. His previous single recorded in 1977, "Say You Will" / "The Funk Surgeon" failed to chart in the UK. "Cyclops" was an instrumental LP track only, although it was so popular at the wrong speed that Capitol pressed a 12" vinyl single with the regular version, and the fast version, back to back.

In the 1990s, he returned to playing acoustic hard bop, touring with Billy Harper in 1991 while also working as a physician.

In recent years Henderson has played at festivals in France and Austria. In May 2002, Henderson recorded an album of Miles Davis compositions, called So What?. The group included Bob Berg on sax, Dave Kikoski on piano, Ed Howard on bass and Victor Lewis on drums.

Henderson's fusion period has also been revisited in a live setting in the last few years, having played the UK and Europe to positive reviews, most notably his two night stint at the Jazz Café in London being cited by Blues & Soul Magazine as one of the concerts of the year. His backing band for these concerts was a UK band called Mr. Gone. The musicians in the band, at various points, included Simon Bramley on electric bass, Phil Nelson on drums, Tommy Emmerton on guitar, Neil Burditt on keyboards, Robin Jones on percussion and Jamie Harris on saxophone.

Recent recordings by Henderson have included Oasis (2001 on Sirocco Jazz Limited label), So What?, a tribute to Miles Davis (2002, EPC, Sony, Columbia), Time and Spaces (2004 Sirocco Jazz Limited), Manhattan Blue (2005, unreleased), Precious Moment (2006 on the Kind of Blue label) and For All We Know (2010 Furthermore Recordings).

The composer of Tender You, Precious Moment, Around the World in 3/4 and Be Cool is his wife, Natsuko Henderson.

Henderson is a faculty member of Juilliard music school.

This article uses material from the article Eddie Henderson (musician) from the free encyclopedia Wikipedia and it is licensed under the GNU Free Documentation License.