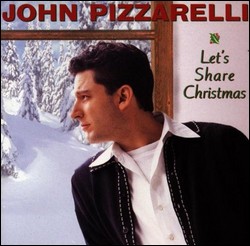 John Paul Pizzarelli Jr. (born April 6, 1960) is an American jazz guitarist and vocalist. He has recorded over twenty solo albums and has appeared on more than forty albums by other recording artists, including Paul McCartney, James Taylor, Rosemary Clooney; his father, jazz guitarist Bucky Pizzarelli; and his wife, singer Jessica Molaskey.

The son of swing guitarist Bucky Pizzarelli, John Pizzarelli was born in Paterson, New Jersey. He started on guitar when he was six and played trumpet through his college years.[1] He attended Don Bosco Preparatory High School, an all-boys Catholic school. In his teens, he performed with Benny Goodman, Les Paul, Zoot Sims, Slam Stewart, and Clark Terry.[2]

He attended the University of Tampa and William Paterson University, though he has said that his most important teacher was his father from 1980–1990.[1] During the 1980s, he established himself as a jazz guitarist and a vocalist. He released his debut solo album, I'm Hip (Please Don't Tell My Father), in 1983.[3]

During the 1990s, he played in a trio with Ray Kennedy and Martin Pizzarelli, his younger brother. In 1993, the trio was the opening act for Frank Sinatra. Four years later, Pizzarelli starred in Dream, a Broadway show devoted to the music of Johnny Mercer.[1][3] He has named Nat King Cole as the inspiration for his career[1] and honors that influence in the albums Dear Mr. Cole (BMG, 1994) and P.S. Mr. Cole (RCA, 1999). He has also recorded tribute albums to Frank Sinatra, Duke Ellington, Antônio Carlos Jobim, Richard Rodgers, and Paul McCartney.[3] He and his father accompanied Annie Ross on her album To Lady with Love (Red Anchor, 2014), a tribute to Billie Holiday that Ross recorded when she was eighty-four.[4]

He has hosted a national radio show, Radio Show Deluxe with John Pizzarelli, with his wife, singer and actress Jessica Molaskey.[1] Other musicians he has worked with include George Shearing, Rosemary Clooney, Johnny Frigo, Buddy DeFranco, the Clayton-Hamilton Jazz Orchestra, the Boston Pops Orchestra, and the Cincinnati Pops Orchestra.[5]

With Skitch Henderson and Bucky Pizzarelli

This article uses material from the article John Pizzarelli from the free encyclopedia Wikipedia and it is licensed under the GNU Free Documentation License.

Dirty Leg Blues Plas Johnson
Update Required To play the media you will need to either update your browser to a recent version or update your Flash plugin.