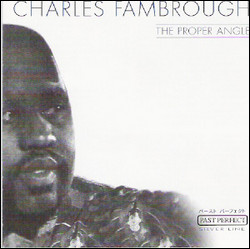 Fambrough was a member of Art Blakey's Jazz Messengers during the early 1980s. He also played Freddie Hubbard, Airto Moreira, and Shirley Scott, among many others .

This article uses material from the article Charles Fambrough from the free encyclopedia Wikipedia and it is licensed under the GNU Free Documentation License.

Make Believe Monty Alexander
Update Required To play the media you will need to either update your browser to a recent version or update your Flash plugin.