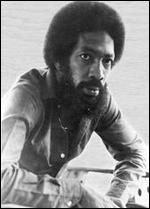 He was born Donat Roy Mittoo in Browns Town, Saint Ann Parish, Jamaica, and began learning to play the piano when he was four under the tutelage of his grandmother.

In the 1960s he was a member of The Skatalites, The Sheiks, The Soul Brothers, The Soul Vendors and Sound Dimension. Mittoo's compositions in this period included "Darker Shade of Black", "Feel Like Jumping", and "Baby Why". He played with Lloyd "Matador" Daley in 1968 and 1969.

He emigrated to Toronto, Canada at the end of the 1960s. There he recorded three albums, Wishbone (Summus), Reggae Magic (CTL) and Let's Put It All Together (CTL). He also set up the Stine-Jac record label, as well as running a record store.

In 1970, his song "Peanie Wallie" was reworked into a song called "Duppy Conqueror" and recorded by The Wailers.[1] Mittoo's song Wishbone was a hit in 1971. He performed in local Toronto lounges throughout the 1970s. Mittoo assisted Toronto-area reggae musicians, including Earth, Roots and Water, Esso Jaxxon (R. Zee Jackson), Carl Harvey, Lord Tanamo, Boyo Hammond, Carl Otway, The Sattalites, Jackie James and Jason Wilson. Mittoo continued to record for Jamaican producers in the 1970s, mostly Bunny Lee.[2] He co-wrote "Armagideon Time" (later recorded by The Clash) with Willi Williams, release in 1980.

In the 1980s, he often worked with Sugar Minott. In 1989, he briefly rejoined the Skatalites, but left when his health started to deteriorate. In 1989 and 1990 he recorded Wild Jockey for Lloyd Barnes Wackies label.

In 2013, Mittoo was referenced by Superchunk in their song "Me & You & Jackie Mittoo" from their album I Hate Music.

This article uses material from the article Jackie Mittoo from the free encyclopedia Wikipedia and it is licensed under the GNU Free Documentation License.