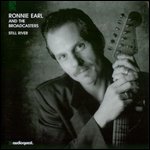 This article refers to the musician. For the district attorney of Travis County, Texas, see Ronnie Earle.

Earl collected blues, jazz, rock and soul records while growing up. He studied American History at C.W. Post College on Long Island for a year and a half, then moved to Boston to pursue a Bachelor's Degree in Special Education and Education at Boston University where he would graduate in 1975.[2] He spent a short time teaching handicapped children. It was during his college years that he attended a Muddy Waters concert at the Jazz Workshop in Boston. After seeing Waters perform, Earl took a serious interest in the guitar, which he had first picked up in 1973. His first job was as a rhythm guitarist at The Speakeasy,[3] a blues club in Cambridge, Massachusetts. In addition to playing in the Boston blues scene, Earl traveled twice by Greyhound Bus to Chicago, where he was introduced to the Chicago blues scene by Koko Taylor.

Later he traveled to New Orleans and Austin, Texas, where he spent time with Kim Wilson, Jimmie Vaughan and The Fabulous Thunderbirds. In 1979 he joined Roomful of Blues as lead guitarist for the band.

He began performing solo in 1986, in addition to playing with Roomful of Blues, and he released his first solo album on the Black Top Records label with a quartet that focused on blues instrumentals. After leaving Roomful of Blues, he began collaborations with contemporaries Ron Levy and Jerry Portnoy, Earl King, Jimmy Rogers, and Jimmy Witherspoon.

In 1988 Earl formed his own band that he called The Broadcasters, named after the first Fender guitar which originally had been labeled The Broadcaster and was distributed in 1950. The first group of Broadcasters included Darrell Nulisch (vocalist), Jerry Portnoy (harmonica), Steve Gomes (bass), and Per Hanson (drums). In 1988 they released their first album, Soul Searchin, followed by Peace of Mind in 1990. Their album Language of the Soul was released in 1994. The lineup for the Broadcasters for that album was Bruce Katz (keyboards), Per Hanson (drums) and "Rocket" Rod Carey (bass). The next album The Colour of Love, featured Marc Quinones (percusion) and Gregg Allman (keyboards). The association lead to Ronnie Earl and the Broadcasters opening for the Allman Brothers Band at Great Woods, and Warren Haynes (guitar for the Allman Brothers Band) sitting in with Ronnie Earl and the Broadcasters at Johnnie D's in Somerville. Later Katz joining the Gregg Allman Band.

In 2000, Earl was diagnosed with several medical ailments,[4] and scaled back his touring, as well as re-evaluating his career plans. The current group of Broadcasters, Jimmy Mouradian (bass), Dave Limina (organ), and Lorne Entress (drums), began playing together prior to the 2003 release of I Feel Like Going On and, in 2009, released Living in the Light, their fifth release from Stony Plain Records.[5] In 2008, Ronnie Earl and the Broadcasters celebrated twenty years as a band, and by August, 2010, Ronnie Earl and the Broadcasters released Spread the Love.

Earl is a two-time Blues Music Award winner as Guitar Player of the Year. For five years he was an Associate Professor of Guitar at Berklee College of Music and, in 1995, he released Ronnie Earl: Blues Guitar with Soul, an instructional VHS tape that was then re-released in DVD format in 2005. Earl was also the blues instructor at the 'National Guitar Summer Workshop'.

Ronnie Earl and the Broadcasters

This article uses material from the article Ronnie Earl from the free encyclopedia Wikipedia and it is licensed under the GNU Free Documentation License.

You'd Be So Nice To Come Home To Birgit Ellmerer & Sophisticated Lady
Update Required To play the media you will need to either update your browser to a recent version or update your Flash plugin.