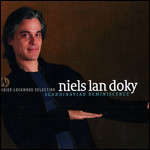 He was born in Copenhagen of a Danish mother and Vietnamese father. His father worked as a doctor, but was also a classically trained guitarist so guitar was Niels's first instrument. He switched to piano at 11.

He went on to attend the Berklee College of Music in the early 1980s. In his career he has recorded 37 albums as a leader and has a group "The Doky Brothers", which includes his brother Chris Minh Doky on bass. He has also worked with Niels-Henning Ørsted Pedersen, John Scofield, Gino Vannelli, Pat Metheny, Joe Henderson, Mike Brecker, Dave Sanborn, Ray Brown, Woody Shaw, Charlie Haden, John McLaughlin and many others.[1]

In the wake of a very eclectic period of his career (various collaborations in the fields of world, pop, classical and electronica, meeting and performing for Pope John Paul II at the Vatican, receiving an award from Denmark's royal family, being appointed Member of the Music Committee under the Danish Arts Council by the Danish Culture Minister, and last but not least, making his film directing debut with the acclaimed feature film "Between a Smile and a Tear" and much more.) Danish/Vietnamese pianist, composer and producer Niels Lan Doky has in recent years returned to his roots by making it a priority to tour with his jazz trio - which in its US edition comprises drummer Jeff "Tain" Watts and bassist Ira Coleman or Gary Peacock and in its Danish edition comprises bassist Jonathan Bremer and drummer Niclas Bardeleben. He is also a part of The Oscar Peterson Legacy Quartet, a project formed in cooperation with the Oscar Peterson Estate and featuring OP alumni Dave Young, Alvin Queen and Ulf Wakenius and Lan Doky, performing OP back catalogue as well as new OP music that hasn't previously been recorded or released by the late piano master himself.

Niels Lan Doky has released a total of 37 albums as a leader to date, on leading jazz labels such as Milestone, Blue Note, Verve, Columbia and Keystone/VideoArtsMusic. His most recent album (2013) is the Warner/Parlophone release "Scandinavian Standards". He was knighted by HRH The Queen of Denmark in 2010.

In the liner notes of Niels Lan Doky's 1986 debut album "Here or There" (Storyville), Dan Morgenstern (Institute of Jazz Studies at Rutgers University, New Jersey, USA) wrote: "There is nothing more encouraging and satisfying than to encounter for the first time a young jazz musician of real stature, someone who can make you feel that the future of the music is in good hands. There cannot be the slightest doubt that Doky's talent is of real significance - that rare thing in the jazz of our time, an original voice in the great tradition."

At the age of 15, Niels Lan Doky began working with Thad Jones and other big names in jazz. "Some of the most inspirational and influential people in my life have been the many expatriate American jazz artists living in Denmark that I had the fortune to meet as I was growing up. Jazz geniuses such as Thad Jones, Ernie Wilkins, Kenny Drew, Ed Thigpen and many more were living and playing around Copenhagen and had an enormous impact on the local music scene."

Denmark's leading jazz artist at the time, the now recently deceased bassist NHØP (Niels-Henning Ørsted Pedersen) helped Niels Lan Doky land his first recording contract with Storyville records in 1986 and toured and recorded with him across Europe and in the USA during the rest the decade and well into the 1990s. NHØP became a mentor for Niels Lan Doky and played a crucial role in helping him find his own musical voice and develop his own personal style.

Shortly after finishing high school in 1981, Niels Lan Doky followed the advice of Thad Jones and moved to the USA where he (after first studying at Berklee College of Music in Boston) went on to establish himself in New York performing with the elite of the American jazz scene (Joe Henderson, Gary Peacock, Jack DeJohnette, Ray Brown, Randy and Michael Brecker, David Sanborn, Al Foster, Billy Hart, John Scofield, John Abercrombie, Bill Evans, Bob Berg, Tom Harrell, Ray Drummond, Al Jarreau, Charlie Haden, Gino Vannelli, etc.) in addition to leading groups under his own name in top New York jazz clubs such as the Village Vanguard, the Blue Note and Sweet Basil. In recent years, Niels Lan Doky has been based out of Paris, France - which by many is considered to be the jazz center of Europe today. But he currently spends most of his time in Copenhagen Denmark where he has co-founded two very high profile jazz clubs, most recently The Standard (2013) and before that the re-opening of Jazzhus Montmartre (2010).

Today, many years and many albums later, the critics remain as convinced as ever about Niels Lan Doky's significance as a jazz artist (excerpts of recent 2005 press quotes): "This Danish pianist is one of the most prolific musicians of his generation. Nothing stops this thirst, that translates into excessive and relentless musical research, on a level only accessible by the greatest names in jazz piano." -PLURIMEDIA SPECTACLES (20 MINUTES PARIS)

"Niels Lan Doky has proven to become one of the most convincing disciples of Bill Evans. Without forgetting a very personal romantic sensibility, Niels has also assimilated the history of jazz piano, by going back to at least Art Tatum, instead of stopping, as many do, at Hancock and Jarrett, to explore the post-Evans era. Melodic player with a deep and enlightening touch" -MICHEL CONTAT (TELERAMA, FRANCE).

Between a Smile and a Tear is a film that portrays a number of musicians' relationships to music, life and the Montmartre era including two concerts at a temporarily resurrected jazz club Montmartre (Copenhagen) in the summer of 2004. Contributing and performing in the documentary besides Niels Lan Doky was Danish bassist Mads Vinding, American drummer Albert "Tootie" Heath, harmonica player Toots Thielemans, Johnny Griffin (tenor sax), Didier Lockwood (violin) and Lisa Nilsson (vocal).

This article uses material from the article Niels Lan Doky from the free encyclopedia Wikipedia and it is licensed under the GNU Free Documentation License.

Birk's Works Arturo Sandoval feat. Plas Johnson feat. Joey DeFrancesco
Update Required To play the media you will need to either update your browser to a recent version or update your Flash plugin.