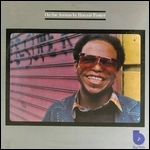 Ronnie Foster (born May 12, 1950) is an American funk and soul-jazz organist, and record producer. His albums recorded for Blue Note Records in the 1970s has obtained a cult following after the emergence of acid-jazz.[1]

This article uses material from the article Ronnie Foster from the free encyclopedia Wikipedia and it is licensed under the GNU Free Documentation License.

It's What He's Got Dana Gillespie
Update Required To play the media you will need to either update your browser to a recent version or update your Flash plugin.