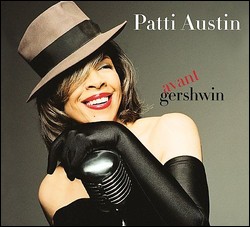 Austin was born in Harlem, New York to Gordon Austin, a jazz trombonist,[1] and Edna Austin and was raised in Bay Shore, New York on Long Island.[2] Quincy Jones and Dinah Washington have referred to themselves as her godparents.[3]

When she was four years old, she made her debut at the Apollo Theater and the next year had a contract with RCA Records. During the 1960s, she was a session musician who sang background vocals and commercial jingles. She was known as "Queen of the Jingles," appearing on commercials for Almay, Avon, Burger King, Impulse, KFC, Maxwell House, McDonald's, Meow Mix, Stouffer's, and the United States Army.

In 1969, she made the R&B Top 50 with the single "Family Tree". Her debut album, End of a Rainbow, appeared in 1976 on the jazz label CTI Records. Two years later, she sang on the song "Love Light" by Japanese musician Yutaka Yokokura. She and Michael Jackson performed a duet on "It's the Falling in Love", which appeared on his album Off the Wall, and in 1980 she and jazz guitarist George Benson performed a duet on "Moody's Mood for Love". She provided vocals for Roberta Flack, Angela Bofill, and Noel Pointer.[4]

In 1981, she sang on the album The Dude by Quincy Jones and on the hit single "Razzmatazz". Jones signed her to his record label, Qwest Records. Her album Every Home Should Have One (Qwest, 1981) contained "Baby, Come to Me", a duet with James Ingram which reached No. 1 on the pop music chart at Billboard magazine, boosted by its appearance on the television soap opera General Hospital. A second duet with Ingram, "How Do You Keep the Music Playing", was used on the soundtrack for the movie Best Friends (1982).[4]

A follow-up single, "Rhythm of the Street," remixed by John "Jellybean" Benitez, narrowly missed the Billboard Dance Top Ten chart, though it peaked higher on Hi-NRG charts. The two songs were featured on a double-A-side 12" single. For "Rhythm of the Street" Austin shot her first music video.

Austin's 1985 album, Gettin' Away With Murder, was her third album in as many years. It produced two more hit singles, "Honey For The Bees" (#24 R&B and #6 Dance) and "The Heat of Heat." The album used producers Russ Titelman, Tommy LiPuma, Monte Moir (of "The Time") and Jimmy Jam and Terry Lewis. Billy Joel (Austin sang background on his "Just The Way You Are"), Dan Hartman, friends Luther Vandross and Jocelyn Brown and Chaka Khan were among the background vocalists on the project. Songwriters included Randy Goodrum, Michael Bolton and Jam & Lewis.

Also in 1985, Austin sang lead vocals on a collaboration with her producer, Narada Michael Walden, and the single, "Gimme, Gimme, Gimme", hit the top 40 of the R&B charts.

Austin appeared with Jeff Bridges and Joan Allen in Francis Ford Coppola's 1988 comedy-drama film, Tucker: The Man and his Dream.

Also in 1988, Austin released The Real Me, a collection of standards which garnered the first of several Top 10 showings on the jazz albums chart. The Real Me was chiefly produced by David Pack, lead singer of the pop group Ambrosia, though Austin served as a co-producer and executive producer on the project. Other duet partners Luther Vandross ("I'm Gonna Miss You In The Morning").

Austin scored a top five dance hit with the single, "Reach," from her 1994 album, That Secret Place (GRP Records). Austin was scheduled to be on onboard United Flight 93 on September 11, 2001, but because her mother suffered a stroke days before her flight she cancelled it for an earlier one.[5]

In May 2000, Patti was awarded an honorary doctorate of music from Berklee College of Music alongside Trumpeter/producer Herb Alpert and VH1 Chief Executive Officer John Sykes. [6]

In 2002, she recorded For Ella, a tribute to jazz singer Ella Fitzgerald.[4]

In 2003, she collaborated with Frances Yip on "Papillon III" in the rotunda of San Francisco City Hall to benefit the Jade Ribbon Campaign of Stanford University. A companion CD/DVD was released, featuring Austin and Yip's duets of many classic Chinese numbers sung in Mandarin and directed and arranged by Carlton Liu.[7]

During a 2007 interview, Austin spoke of reluctantly attending as a teenager one of Judy Garland's last concerts and how the experience helped focus her career. "She ripped my heart out. I wanted to interpret a lyric like that, to present who I was at the moment through the lyric."[8]

At the 50th annual Grammy Awards in 2008, Austin's album Avant Gershwin won for best jazz vocal. The album was recorded mostly live with the WDR Big Band in Germany. The nomination was her ninth in that category.

Austin was co-producer and one of over 70 artists singing on "We Are the World: 25 for Haiti," a charity single to aid victims of the 2010 Haiti earthquake.

In 2011, Austin released Sound Advice, an album consisting mostly of covers. Songs included re-works of Bob Dylan's "Gotta Serve Somebody;" Brenda Russell's "A Little Bit of Love;" a lesser known Jacksons tune, "Give It Up," as a tribute to Michael Jackson; Bill Withers' "Lean On Me," which she first sang at a milestone birthday for Quincy Jones; Don McLean's "Vincent;" and "My Way." The album also included "The Grace of God," written by Austin after she watched an episode of the Oprah Winfrey Show which featured a facially scarred woman.

Austin appeared in the Academy Award-winning documentary film 20 Feet from Stardom, which premiered at the Sundance Film Festival and was released on 21 June 2013.

This article uses material from the article Patti Austin from the free encyclopedia Wikipedia and it is licensed under the GNU Free Documentation License.