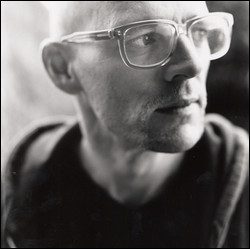 After finishing Realschule he took on an apprenticeship as a barber. Because he frequently worked as a caretaker (German: Hausmeister), he gave himself the stage name "Hausmeister Thomas D."

He has been vegan for several years and supports the animal welfare organization PETA. In 2003, he was criticised for his approval of their exhibition Holocaust on Your Plate, which compared keeping animals in mass stocks to the crimes of the Holocaust.

He sees himself as a member of the Lohas ("Lifestyle of Health and Sustainability") movement and is fond of green ecologial initiatives. On stage he often wears T-Shirts from Fairtrade Label armedangels, all of his Merchandise items are fair traded as well.

Thomas D. is married, has one daughter and one son.

Thomas D. is a member of Die Fantastischen Vier, but was also successful with his solo albums Solo (1997), Lektionen in Demut (2001), and Kennzeichen D (2008). Singles released from these albums include Rückenwind, Frisör, Liebesbrief, and Solo (featuring Nina Hagen). Outside Germany, he is probably best known for Wish (Komm zu mir) which he performed with Franka Potente on the soundtrack of the movie Run Lola Run.

He was also the singer and songwriter of the band Son Goku, who entered the German charts with Alle für Jeden (album: Crashkurs) in 2002.

In 2010 he made the song "Million Voices (7 Seconds)" The biggest online choir from Thomas D and Telekom (T-Mobile).

In 2012, he will be the jury president of Unser Star für Baku, the German selection for the Eurovision Song Contest 2012 in Baku.

He voiced Kowalski in the Madagascar film series.

This article uses material from the article Thomas D from the free encyclopedia Wikipedia and it is licensed under the GNU Free Documentation License.