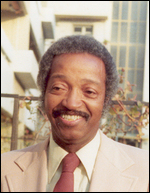 Green was born in Charleston, South Carolina on March 31, 1911. He was exposed to music from an early age, and learned the banjo before picking up the guitar in his early teenage years. A friend of his father by the name of Sam Walker taught a young Freddie to read music, and keenly encouraged him to keep up his guitar playing. Walker gave Freddie what was perhaps his first gig, playing with a local community group with whom Walker was an organizer. Another member of the group was William "Cat" Anderson, who went on to become an established trumpeter, working with notable figures such as Duke Ellington.[1]

It was around this time that Green's parents died, and he moved to New York City to live with his aunt and continue his education. The move opened up a new musical world to Freddie. While still in his teens, he began to play around the clubs of the city, earning money and a reputation. In one of these gigs, he was noticed by the legendary talent scout John H. Hammond, who realized the potential of Green and introduced him to Basie.[2]

In 1937, Basie and his ensemble went to one of Green's gigs on the advice of an associate. Basie was an immediate fan, and approached Green with a job offer, which he accepted. Except for a brief interruption, Freddie Green would remain a pivotal fixture of the Count Basie Band for the next fifty years.[2]

"You should never hear the guitar by itself. It should be part of the drums so it sounds like the drummer is playing chords—like the snare is in A or the hi-hat in D minor"

Throughout his career, Green played rhythm guitar, accompanying other musicians, and he rarely played solos. "His superb timing and ... flowing sense of harmony ... helped to establish the role of the rhythm guitar as an important part of every rhythm section."[3]:100 Green did play a solo on the January 16, 1938 Carnegie Hall concert that featured the Benny Goodman big band. In the jam session on Fats Waller's "Honeysuckle Rose," Green was the rhythm guitarist for the ensemble, which featured Basie, Walter Page (Basie's bassist), and musicians from Duke Ellington's band. After Johnny Hodges solo, he signalled to Green to take his own solo, which the musician Turk Van Lake described in his commentary on the reissued 1938 Carnegie Hall concert as a "startling move."[4] Green's solo occurs before those of Goodman and trumpeter Harry James.

Green died of a heart attack in Las Vegas, Nevada at the age of 75.[7]

With Bob Brookmeyer and Zoot Sims

With Charlie Rouse and Paul Quinichette

This article uses material from the article Freddie Green from the free encyclopedia Wikipedia and it is licensed under the GNU Free Documentation License.