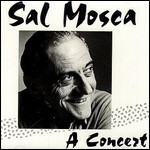 Sal Mosca (April 27, 1927 – July 28, 2007) was an American jazz pianist who was a student of Lennie Tristano. Born in Mount Vernon, New York, Mosca worked in cool jazz and post-bop. After playing in the United States Army Band during World War II, he studied at the New York College of Music using funds provided by the G.I. Bill.[1] He began working with Lee Konitz in 1949 and also worked with Warne Marsh. He spent much of his career teaching and was relatively inactive since 1992, but new CDs were released in 2004, 2005, and 2008. See SalMosca.com for a full discography.

This article uses material from the article Sal Mosca from the free encyclopedia Wikipedia and it is licensed under the GNU Free Documentation License.