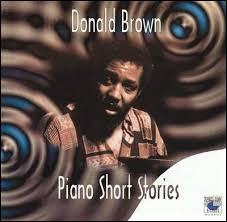 Brown was raised in Memphis, Tennessee, where he learned to play trumpet and drums in his youth. From 1972 to 1975 he was a student at Memphis State University, by which time he had made piano his primary instrument. He was with Art Blakey's Jazz Messengers from 1981 to 1982, then took teaching positions at Berklee College of Music from 1983 to 1985 and the University of Tennessee from 1988.[1] Brown has recorded extensively for labels such as Evidence, Muse and Sunnyside.[2]

This article uses material from the article Donald Brown (musician) from the free encyclopedia Wikipedia and it is licensed under the GNU Free Documentation License.