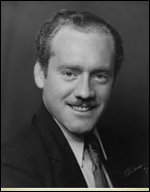 DeLange was born in Long Island, New York. He graduated from the University of Pennsylvania in 1926. He became a stunt man in twenty-four comedies produced by Universal Studios, often for Reginald Denny

DeLange went back to New York City in 1932, earning a contract with Irving Mills. He had several hits in his first year, including "Moonglow."

He and composer Will Hudson (né Arthur Murray Hainer; 1908–1981) formed the Hudson-DeLange Orchestra in 1935. The Orchestra recorded many of their collaborative songs and did many road shows as well. Hudson and DeLange's partnership dissolved in 1938, but DeLange created a new band that played on several tours. He formed a new partnership with another composer, Jimmy Van Heusen, and together they produced a large number of hits, including Darn That Dream.

DeLange married Marge Lohden, a model, in 1943. He moved with her to Los Angeles, and lived the rest of his life there, writing music for motion pictures.

Eddie DeLange died in Los Angeles, California on 15 July 1949. He is interred at Glendale's Forest Lawn Memorial Park in an unmarked grave.[1]

The National Academy of Popular Music’s Songwriters Hall of Fame inducted him into their ranks in 1989.

This article uses material from the article Eddie DeLange from the free encyclopedia Wikipedia and it is licensed under the GNU Free Documentation License.

Sweet Georgia Brown Oscar Klein Quartet
Update Required To play the media you will need to either update your browser to a recent version or update your Flash plugin.