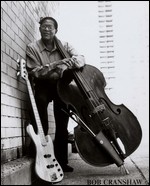 Learning The Blues Sinatra Tribute Band & Scat Max Neissendorfer
Update Required To play the media you will need to either update your browser to a recent version or update your Flash plugin.