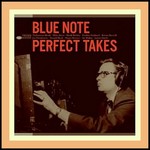 Often regarded as one of the most important recording engineers in music history,[1] Van Gelder has recorded several thousand jazz sessions, including many widely recognized as classics, in a career spanning more than half a century.Van Gelder has recorded many of the great names in the genre, including Miles Davis, Thelonious Monk, Sonny Rollins, Joe Henderson, Grant Green, Wayne Shorter, John Coltrane, and many others. He worked with many record companies, but he is most closely associated with Blue Note Records.

Van Gelder's interest in microphones and electronics can be traced to a youthful enthusiasm for amateur radio. A longtime jazz fan (his uncle, for whom Rudy was named, had been drummer for Ted Lewis's band in the mid-1930s), Van Gelder himself had lessons on trumpet.[2] In 1946, Van Gelder recorded friends in his parents' Hackensack, New Jersey house, in which his parents had a special control room designed and built.[2][3] "When I first started, I was interested in improving the quality of the playback equipment I had", Van Gelder commented in 2005. "I never was really happy with what I heard. I always assumed the records made by the big companies sounded better than what I could reproduce. So that's how I got interested in the process. I acquired everything I could to play back audio: speakers, turntables, amplifiers".[4] One of Van Gelder's friends, baritone saxophonist Gil Mellé, introduced him to Blue Note Records producer Alfred Lion around 1952.

Within a few years Van Gelder was in demand by many other independent labels based around New York, including Prestige Records and Savoy Records. Bob Weinstock, owner of Prestige, recalled in 1999, "Rudy was very much an asset. His rates were fair and he didnt waste time. When you arrived at his studio he was prepared. His equipment was always ahead of its time and he was a genius when it came to recording."[5]

Until the late 1950s Van Gelder worked during the day as an optometrist.[7] In the summer of 1959, Van Gelder moved his operations to a larger studio in Englewood Cliffs, a few miles south east of the original location,[8] and left his day job in favor of recording full-time. The new studios' structure was inspired by the work of Frank Lloyd Wright and bore some resemblance to a chapel, with high ceilings and fine acoustics.

In the mid-1950s, Thelonious Monk composed a tribute to Van Gelder called "Hackensack." It was in Englewood Cliffs where John Coltrane recorded his A Love Supreme album for Impulse! Records in 1964. Other labels, such as Verve Records, made use of the new facility while Blue Note and Prestige continued their associations with Van Gelder for several years.

In 1967, Alfred Lion retired from running Blue Note, and the company's owners, Liberty Records (from 1965), began to use other engineers more regularly. Prestige, too, had started to use other studios a few years earlier. Van Gelder remained active in music, most notably as the engineer for most of Creed Taylor's CTI Records releases, a series of proto-smooth jazz albums that were financially successful but not always well received by critics.

Though his output slowed, Van Gelder still remains active as a recording engineer. In the late 90's he worked as a recording engineer for some of the songs featured on the soundtrack to the TV Show Cowboy Bebop.[9] Since 1999, he has been busy remastering the analog Blue Note recordings he made several decades ago into 24-bit digital recordings in its ongoing RVG Edition series,[10] and also for a similar series of re-masters featuring some of the Prestige albums he recorded for its current owners, Concord Records.

Van Gelder was secretive about his recording methods, leading to much speculation among fans and critics about particular details. His recording techniques are often admired for their warmth and presence. Some critics, however, have also expressed distaste for the thin and recessed sound of the instruments, mainly the piano. Richard Cook called Van Gelder's characteristic method of recording and mixing the piano "as distinctive as the pianists' playing" itself. Blue Note president and producer Alfred Lion criticized Van Gelder for what Lion felt was his occasional overuse of reverb, and would jokingly refer to this trait as a "Rudy special" on tape boxes.[12] Despite his dominance in recorded jazz, some artists avoided Van Gelder's studio. Bassist and composer Charles Mingus refused to record with Van Gelder, stating "[Van Gelder] changes people's sounds".[13]

Van Gelder was named a fellow of the Audio Engineering Society (AES) in 2009. In 2013, he received the Society's most prestigious award, the AES Gold Medal.

This article uses material from the article Rudy Van Gelder from the free encyclopedia Wikipedia and it is licensed under the GNU Free Documentation License.

Zehnder Of Dorchester Annetta Zehnder Trio
Update Required To play the media you will need to either update your browser to a recent version or update your Flash plugin.