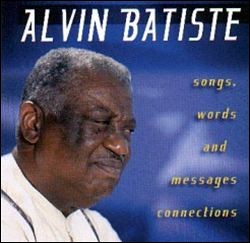 Alvin Batiste (November 7, 1932 – May 6, 2007) was an Avant-garde jazz clarinetist born in New Orleans, Louisiana. He taught at his own jazz institute at Southern University in Baton Rouge.[1]

His final album was a tribute produced by Branford Marsalis and also features Russell Malone and Herlin Riley.[2]

This article uses material from the article Alvin Batiste from the free encyclopedia Wikipedia and it is licensed under the GNU Free Documentation License.