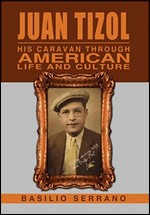 Juan Tizol Martínez (22 January 1900 – 23 April 1984) was a Puerto Rican trombonist and composer. He is best known as a member of Duke Ellington's band, and as the co-writer of the jazz standards "Caravan", "Pyramid" and "Perdido".

Tizol was born in Vega Baja, Puerto Rico. Music was a large part of his life from an early age. His first instrument was the violin, but he soon switched to valve trombone, the instrument he would play throughout his career. His musical training came mostly from his uncle Manuel Tizol, who was the director of the municipal band and the symphony in San Juan. Throughout his youth, Juan played in his uncle’s band and also gained experience by playing in local operas, ballets and dance bands. In 1920, Juan joined a band that was traveling to the United States to work in Washington D.C. The group eventually made it to Washington (traveling as stowaways) and established residence at the Howard Theater where they played for touring shows and silent movies. At the Howard they also were hired to play in small jazz or dance groups. This is where Tizol first came in contact with Edward Kennedy "Duke" Ellington.

Tizol got the call to join the Ellington band in the summer of 1929. Arthur Whetsol, a trumpeter whom Tizol played with in the White Brothers’ Band, apparently made the recommendation. Tizol sat beside Joe "Tricky Sam" Nanton in the two-man trombone section and became the fifth voice in the brass section of Ellington’s orchestra. This opened up new possibilities for Duke’s writing, as he now could write for trombones as a section instead of just having them play with the trumpets. Tizol’s rich, warm tone also blended pleasingly with the saxophone section, so he was often scored carrying the lead melody with the saxes. Along with his distinctive sound, Tizol was also known for being one of the best sight-readers and overall musicians in the band. He played with great accuracy and was considered to be the solid rock of the trombone section. He was not a major improviser in the band, but he was often featured playing written out solos that displayed his masterful technique and agility on the horn.

Tizol made many contributions to the Ellington band throughout the 1930s and 40s. One of his major roles in the band was copying parts from Ellington’s scores. Tizol spent many hours and sometimes days extracting parts that needed to be written out for upcoming shows. Besides copying, Tizol was also a band composer. His best-known compositions, "Caravan" (1936) and "Perdido" (1941), are still played by jazz musicians today. Mercer Ellington stated that Tizol had invented the melody to "Caravan", from his days studying music in Puerto Rico; where they couldn't afford much sheet music so the teacher would turn the music upside down after they had learned to play it right-side up. This technique became known as 'inverting'. Tizol was responsible for bringing Latin influences into the Ellington band with compositions such as "Moonlight Fiesta", "Jubilesta", "Conga Brava", and others. He also played valide trombone.

Tizol left Ellington’s band in 1944 to play in the Harry James Orchestra. The main reason for this was to allow him to spend more time with his wife who lived in Los Angeles. In 1951, he returned to Ellington, along with James's drummer and alto saxophonist, in what became known as 'the James raid'. However, he returned to James’ band in 1953 and remained predominantly on the West Coast for the remainder of his career. In Los Angeles he played sporadically with Harry James, Nelson Riddle, Louis Bellson and on the Nat “King” Cole's television show. Tizol returned very briefly to Ellington’s band in the early 60s, but eventually retired in Los Angeles. He died on April 23, 1984 in Inglewood, California, two years after the death of his wife, Rosebud.

This article uses material from the article Juan Tizol from the free encyclopedia Wikipedia and it is licensed under the GNU Free Documentation License.