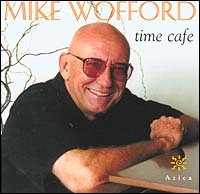 He is best known as an accompanist to and music director for singers Sarah Vaughan (in the 1970s), Ella Fitzgerald (1989–1992) and others. That stated, he was known in the jazz community going back to the 1960s for the albums Strawberry Wine and Summer Night. He settled in Los Angeles and performed with Shorty Rogers, Teddy Edwards, Bud Shank, Red Norvo, Chet Baker, Joe Pass, Quincy Jones, Oliver Nelson, Shelly Manne and Zoot Sims, among many others. In the 1970s he toured Europe with Manne and Lee Konitz, in the 1980s Japan with Manne, Harry "Sweets" Edison and Eddie "Lockjaw" Davis, and Japan and Brazil with Benny Carter. Resettling in San Diego, he performed with Kenny Burrell, Benny Golson, Art Farmer, Charlie Haden, Slide Hampton, Clifford Jordan, Ray Brown, Charles McPherson and others.

On August 13, 2012 Wofford was given the Lifetime Achievement Award at the 22nd Annual San Diego Music Awards [2]

This article uses material from the article Mike Wofford from the free encyclopedia Wikipedia and it is licensed under the GNU Free Documentation License.

Groovin' High Milt Jackson
Update Required To play the media you will need to either update your browser to a recent version or update your Flash plugin.