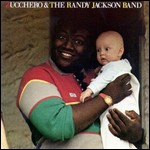 Steven Randall "Randy" Jackson (born October 29, 1961) is an American singer-songwriter, musician and dancer. Jackson is best known as a former member of his family band, The Jacksons. Jackson was the youngest son and the second youngest Jackson sibling before his sister Janet Jackson was born.

Randy was born in Gary, Indiana to Joseph Jackson and Katherine Jackson. Nicknamed "Little Randy", Jackson is the ninth child of the Jackson family and youngest of the Jackson brothers. Jackson was only three years old when the Jackson 5 was formed and therefore was not an original member. While his brothers toured, Jackson honed his skills as a musician, mastering piano and the bongos

Randy first officially appeared live with his brothers at the end of 1971. The event was a Christmas show the Jackson 5 held for blind children. Although he was on every Jackson 5 tour from 1972 forward mainly playing the congas among other instruments, Randy did not officially join the family band until 1975 when they left Motown Records for Epic Records and older brother Jermaine chose to stay with Motown, prompting Randy to replace him. The Jackson 5 officially changed their name to The Jacksons when they signed with Epic due in part to the fact Motown owned the name The Jackson 5. At the age of 16, he co-wrote The Jacksons' most successful single on Epic, "Shake Your Body (Down to the Ground)" with Michael.

He is widely thought of as the most talented instrumentalist of the Jackson brothers, playing congas, percussion, drums, keyboards, piano, bass, guitar and assorted other instruments. In addition to singing and playing on the Jacksons' recordings, he worked with Michael on his Off the Wall album. Jackson was able to fully participate in the Jacksons' 1981 Triumph Tour and in the band's later projects. After the record-setting Victory Tour in 1984, Michael and Marlon left the band. Randy and his remaining three brothers later made one last album. He was part of the Jacksons 2001 reunion at Madison Square Garden, but chose not to appear on their 2009 A&E reality series The Jacksons: A Family Dynasty. However, he did contribute backing vocals with Jackie, Tito and Jermaine for Michael's This Is It.

After recording the 2300 Jackson Street album, the group disbanded and focused on separate projects in 1990. After this split, Jackson formed his own band, Randy & the Gypsys. The group only released one album before breaking up. On June 28, 1998, Jackson opened up his own record label Modern Records.

On February 4, 1980, Jackson was seriously injured in a car crash in Hollywood, California. In June 1980, Jackson appeared on the cover of the weekly African-American newsmagazine Jet. The cover headline read: "Randy Jackson Walks Again: Talks About His Future."[2] In 1986, Jackson met Alejandra Oaziaza. They dated for years but never married. Jackson and Oaziaza have two children together: Genevieve Jackson (b. December 3, 1989) and Steven Randall Jackson Jr. (b. October 2, 1991). Alejandra married and later divorced Randy's older brother, Jermaine Jackson. Later, Jackson married Eliza Shaffe in August 1989; later divorcing in January 1992. Jackson and Shaffe have a daughter together, Stevanna Jackson (b. 1990).

Randy and the Gypsys discography

This article uses material from the article Randy Jackson (The Jacksons) from the free encyclopedia Wikipedia and it is licensed under the GNU Free Documentation License.