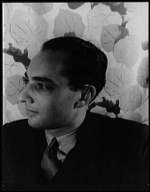 Schwartz was born in Brooklyn, New York City, on November 25, 1900.[1] He taught himself to play the harmonica and piano as a child, and began playing for silent films at age 14. He earned a B.A. in English at New York University and an M.A. in that subject at Columbia. Forced by his father, an attorney, to study law, Schwartz graduated from NYU Law School and was admitted to the Bar in 1924.[1][2]

While studying law, he supported himself by teaching English in the New York school system. He also worked on songwriting concurrently with his studies and published his first song ("Baltimore, Md., You're the Only Doctor for Me", with lyrics by Eli Dawson) by 1923.[1] Acquaintances such as Lorenz Hart and George Gershwin encouraged him to stick with composing. He attempted to convince Howard Dietz, an MGM publicist who had collaborated with Jerome Kern, to work with him, but Dietz initially declined.[2]

As Artist Direct documents: Schwartz placed his first songs in a Broadway show, The New Yorkers (March 10, 1927). By 1928, he had closed his law office and convinced Dietz to write with him. Their first songs together were used in the Broadway revue The Little Show (April 30, 1929) and included "I Guess I'll Have to Change My Plan", which belatedly became a hit three years later when it was recorded by Rudy Vallée. Schwartz's career was launched, and in 1930 he contributed songs to six shows, three in London and three in New York, the most successful of which was Three's a Crowd (October 15, 1930), which featured the same cast as The Little Show and featured the hit "Something to Remember You By". Schwartz also started contributing songs to motion pictures, beginning with "I'm Afraid of You" (lyrics by Ralph Rainger and Edward Eliscu) in Queen High (1930).[2]

Schwartz also worked as a producer, for Columbia Pictures. His work includes the musical Cover Girl (1944) and the Cole Porter biographical film Night and Day (1946).[2]

Schwartz was married to 1930's Broadway ingénue Kay Carrington, until her death when their first son, Jonathan Schwartz (born 1938), was 14. Jonathan is now a radio personality and sometime musician.[3] Schwartz's younger son, Paul Schwartz (born 1956), with actress/dancer Mary Schwartz, is a composer, conductor, pianist, and producer.

Schwartz received two Academy Award nominations for Best Song: the first in 1944 for "They're Either Too Young or Too Old" in the film Thank Your Lucky Stars; the second in 1948 for "A Gal in Calico" from the film The Time, the Place and the Girl.[1][2]

In 1990, Schwartz's hit, "That's Entertainment" from the film The Band Wagon, was awarded the ASCAP Award for Most Performed Feature Film Standard.[1][2]

The following is a selection of songs composed by Arthur Schwartz.

This article uses material from the article Arthur Schwartz from the free encyclopedia Wikipedia and it is licensed under the GNU Free Documentation License.