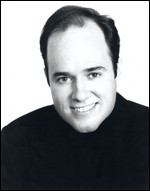 Flaherty was born in Pittsburgh, Pennsylvania. He began studying piano at the age of seven. When he was twelve he knew he wanted to write musicals and by age fourteen he had already composed his first musical score. He attended South Hills Catholic High School[1] in Pittsburgh and later studied musical composition and piano at University of Cincinnati College-Conservatory of Music, graduating in 1982. He did additional graduate studies in Musical Theater at New York University.[2][3]

As a college student, Flaherty played ragtime piano in a dance band.[4] This early job would serve Flaherty well later in life when he had the opportunity to compose the score for the Broadway musical Ragtime.  !

He moved to New York City in 1982 and joined the BMI Lehman Engel Musical Theater Workshop, founded by music director Lehman Engel, where he met Lynn Ahrens, who was to become his longtime collaborator.[2][5] He also studied Musical Theater in the graduate program at New York University during this time, where his teachers included Richard Maltby, Jr. and Arthur Laurents, among others. The first Ahrens and Flaherty collaboration that was produced was a children's show, The Emperor's New Clothes, for TheatreWorks USA in 1985.[6][7] Their next produced musical was Lucky Stiff produced Off-Broadway in 1989, and their first Broadway musical was Once on This Island in 1990.[5][8] In 1992, Flaherty and Ahrens were signed by Disney to write "Song of the Sea", a coming of age story about a whale.[9] Flaherty has since written seven more full-length musicals, mostly in collaboration with Ms. Ahrens, all of which have been produced. His last appearance on Broadway as composer was the critically acclaimed revival of Ragtime in 2009. His and Frank Galati's musical about Gertrude Stein, Loving Repeating: A Musical of Gertrude Stein, is opening on the West Coast on January 21, 2011 at International City Theatre, Long Beach Performing Arts Center, California.[10]

Flaherty also writes for film and the concert hall. He was nominated for two Academy Awards and two Golden Globe Awards for his first film, Twentieth Century Fox's animated Anastasia (1997). He also scored and wrote the songs for its animated sequel, Bartok The Magnificent. His most recent original film score was for the documentary After the Storm, which follows a group of teenagers as they perform Ahrens and Flaherty's Once On This Island in New Orleans post-Hurricane Katrina.

For the concert hall Flaherty wrote the music for the "American River Suite", with lyrics by Bill Schermerhorn and commissioned by Macy's. The piece was premiered in April 2009 at Carnegie Hall by the New York Pops and sung by Idina Menzel, Anika Noni Rose, and the childrens chorus from the Choir Academy of Harlem. It was broadcast nationally on the Fourth of July of that same year.[11]

Flaherty and Ahrens have written a dance musical, Little Dancer, with direction and choreography by Susan Stroman, and the book by Peter Parnell, about a ballerina and Edgar Degas. The musical had a reading in 2010 at Lincoln Center Theater[12] and a developmental lab production in June 2012.[13] Little Dancer is expected to premiere at the Kennedy Center, Eisenhower Theater in October 2014 and will star Rebecca Luker.[14] The musical is described: "Inspired by true events, the work focuses on the relationship between a young ballerina and 19th century French painter and sculptor Edgar Degas" and is set in the Paris Opera Ballet.[15]

Ahrens and Flaherty teamed up again to write a musical version of the film Rocky, titled Rocky the Musical. The show premiered in Hamburg, Germany in October 2012. The musical has a book by Thomas Meehan.[16][17] Rocky the Musical premiered on Broadway at the Winter Garden Theatre on February 11, 2014 (previews), officially opening on March 13, 2014. The musical is directed by Alex Timbers, with boxing choreography by Steven Hoggett and choreography by Kelly Devine. The former occupant of the Winter Garden Theatre, the musical Mamma Mia!, transferred to the Broadhurst Theatre in late 2013.[18]

He has received several commissions from Carnegie Hall, the Guggenheim Museum and the Boston Pops Orchestra, among others.[19]

This article uses material from the article Stephen Flaherty from the free encyclopedia Wikipedia and it is licensed under the GNU Free Documentation License.

Moonglow Hazy Osterwald & The Swing Makers
Update Required To play the media you will need to either update your browser to a recent version or update your Flash plugin.