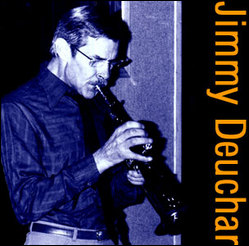 James Deuchar (26 June 1930 – 9 September 1993) was a jazz trumpeter and big band arranger, born in Dundee, Scotland. He found fame as a performer and arranger in the 1950s and 1960s. Deuchar was taught trumpet by John Lynch, who learned bugle as a boy soldier in the First World War and who later was Director of Brass Music for Dundee.

After National Service,at Padgate, Warrington in 1948. Deuchar worked with the seminal British modern jazz unit, the Johnny Dankworth Seven (1950–51). During the 1950s, he worked with a number of commercial bands, such as the Oscar Rabin Band, and also intermittently with Ronnie Scott. In the late 1950s he worked with Kurt Edelhagen’s orchestra in Germany.

He returned to the UK and worked again with Scott (1960-62) and with Tubby Hayes (1962-66). As a highly gifted player and a leading exponent of the “modern” style, he was in some demand and achieved success as a touring player in Europe and the United States. He also “sat in” with leading American players at Ronnie Scott's club as musical exchanges were liberalised at the start of the sixties.

He returned to work with Edelhagen in 1966. Also during the sixties and early seventies, he worked with The Kenny Clarke-Francy Boland Big Band, a big band featuring leading European and ex-patriate American musicians. He returned to London around 1971, working freelance, and then to Dundee in the mid-1970s. He continued to arrange, play and guest in a number of settings, including the BBC Big Band in London and the BBC Scottish Radio Orchestra in Glasgow until his health deteriorated. He died in 1993, aged 63.

This article uses material from the article Jimmy Deuchar from the free encyclopedia Wikipedia and it is licensed under the GNU Free Documentation License.