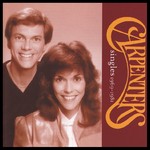 Richard Lynn Carpenter (born October 15, 1946) is an American pop musician, best known as one half of the brother/sister duo the Carpenters, along with his sister Karen Carpenter. He was a record producer, arranger, pianist and keyboardist, and occasional lyricist, composer as well as joining with Karen on harmony vocals.

He frequently played the piano while his sister, Karen, played baseball outside.[3] He and Karen also liked to listen to the children's records their father bought for them when they were young.[3] Richard was introduced to Perry Como and Ella Fitzgerald, among many others, and by age 12, he knew he wanted to be in the music industry.

The Carpenter family moved from New Haven to Downey, California, in June 1963. They wanted Richard to further his music career, and the family was fed up with the cold New England winters.[4] He studied music at the California State University at Long Beach. There, he met Frank Pooler, a conductor and composer. Pooler wrote the lyrics to the Christmas classic "Merry Christmas Darling" in 1968. He also met good friend John Bettis, who co-wrote songs with Richard.

The Richard Carpenter Trio and Spectrum

Carpenter created the Richard Carpenter Trio in 1965 with sister Karen and friend Wes Jacobs. Richard played the piano; Karen played the drums, and Wes played the tuba and bass.

In 1966, the Richard Carpenter Trio played "Iced Tea" and "The Girl from Ipanema" at the Hollywood Bowl Battle of the Bands. They won the competition, and shortly after recorded three songs at RCA Studios: "Every Little Thing," "Strangers in the Night," and the Carpenter original, "Iced Tea." "Iced Tea" is the only recording that was officially released to the public.

Around 1967, Richard and Karen joined four other student musicians from Long Beach State to form a sextet, Spectrum, consisting of:

Although Spectrum played frequently at LA-area nightclubs such as Whisky A Go-Go, they met with an unenthusiastic response - their broad harmonies and avoidance of rock 'n' roll limited the band's commercial potential. Yet Spectrum was fruitful in another way, providing the raw material of future success: Bettis went on to become a lyricist for Richard's original compositions, and all the other members except Leslie Johnston went on to become members of the Carpenters.

Richard and Karen finally signed with A&M Records on April 22, 1969. "Let's hope we have some hits," Herb Alpert told the two. According to Richard, Herb Alpert gave them carte blanche in the recording studios, but after Offering, their first album, was released, and wasn't a big seller, it was rumored that some of A&M's people were asking Alpert to release the Carpenters, but he believed in their talent, and insisted on giving them another chance.

Alpert suggested that the Carpenters record a Burt Bacharach and Hal David song called "(They Long to Be) Close to You." Though Richard worked up an arrangement, only after Alpert's insistence, his arranging talents clearly shone in the finished product. His arranging and musical talents, as well as Karen's vocals, helped the song climb to #1 on the Billboard Hot 100, staying there for a month. "(They Long to Be) Close to You" gained public recognition seemingly overnight. According to Richard, even though the song became popular overnight, the Carpenters themselves did not.

Sitting at home one night, Richard was watching TV, and saw (and heard) a commercial for Crocker National Bank. He recognized the voices of Paul Williams and Roger Nichols, two A&M songwriters. It was the song "We've Only Just Begun." Richard made some calls to confirm their involvement, and asked if there was a full version of the song, which Williams affirmed. Carpenter managed to turn a bank commercial jingle into an RIAA certified Gold Record. It peaked at #2 on the Billboard Hot 100, and has become a popular wedding song. The song also successfully launched the careers of Nichols and Williams, who went on to write multiple hits for the Carpenters, and many other artists.

Richard composed many of the Carpenters' hits as well, with John Bettis as lyricist, such as:

While Karen was suffering from the anorexia nervosa that would ultimately claim her life in 1983, Richard suffered from an addiction to quaaludes. They had been prescribed for him by his doctor as sleep aids, but his use got out of hand. He eventually sought treatment for his addiction at the Menninger Clinic in Topeka, Kansas, checking into the clinic in 1979 for an eight-week treatment program, which proved successful.

On October 12, 1983, eight months after Karen's death, the Carpenter family celebrated the unveiling of the Carpenters' new star on the Hollywood Walk of Fame. Richard said in his speech, "This is a sad day, but at the same time a very special and beautiful day to my family and I. My only regret is that Karen is not physically here to share it with us, but I know that she is very much alive in our minds, and in our hearts."[3]

He started recording a solo album on June 26, 1985, and finished the album on July 5, 1987.[6] The album was called Time. It featured Dusty Springfield and Dionne Warwick. Springfield sang "Something in Your Eyes", and Warwick sang "In Love Alone". Richard created a song dedicated to Karen called "When Time Was All We Had". It starts off as an a cappella, but then Richard's piano fades in, as well as Herb Alpert's flugelhorn. Lyrics included:

Our hearts were filled with music and laughter,
Your voice will be the sweetest sound I'll ever hear and yet,
We knew somehow the song would never end,
When time was all we had to spend.

In 1996, at the suggestion of music writer Daniel Levitin, Carpenter recorded and released Richard Carpenter: Pianist, Arranger, Composer, Conductor, which included reworkings of many Carpenters favorites, including hits and album tracks, and ends with "Karen's Theme", which Carpenter composed for the 1989 made for TV movie, The Karen Carpenter Story.

In 1984, Carpenter married his first cousin Mary Rudolph (daughter of his mother's sister Bernice). Contrary to popular belief, Rudolph and Carpenter are not biologically related, since Rudolph is adopted. Her brother, Mark Rudolph, was the Carpenters' road manager, as well as the radio call-in "contestant" in the [Oldies] "Medley" on the 1973 album, Now & Then. The couple had been dating since the late 1970s. A young Mary made a cameo appearance in the Carpenters' promotional video for the song "I Need to Be in Love". It should be noted that when Karen learned of the relationship, she was completely mortified and shared her feelings with her brother on a number of occasions, leading to a final argument where Richard told his sister "We have had the tests done, there will be no problem if we have children in the future. So let it drop!" Richard and Mary have five children: Kristi Lynn, Traci Tatum, Mindi Karen (named after his late sister), Colin Paul and Taylor Mary. The children and Richard sometimes perform music together at various Carpenter-related events. The family today resides in Thousand Oaks, California. He also funds an annual scholarship/talent show for people with artistic abilities that is held at the Thousand Oaks Civic Center.

Recently, Richard helped in the productions of the documentaries Close to You: Remembering the Carpenters (1997) and Only Yesterday: The Carpenters Story (2007). He released the DVDs Gold: Greatest Hits and Interpretations. Carpenter is also mastering a new Christmas album.

The Good Life Martin Dahanukar
Update Required To play the media you will need to either update your browser to a recent version or update your Flash plugin.