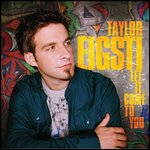 Eigsti was considered a child prodigy.[1] He has been a faculty member at the Stanford Jazz Workshop at Stanford University since age 15.[2] He has recorded seven albums as a leader and has been nominated for two Grammy Awards. He currently resides in New York City with his wife.

Eigsti was born to Nancy and Steve Eigsti on September 24, 1984 and grew up in Menlo Park, California. When he was three, his 17-year-old sister, Shannon, died of cancer. Her death made a lasting impression and continued to influence Eigsti's musical development.[1] Eigstis study of piano began at age four when he was inspired by his older sister, Shannon.[3] He graduated salutatorian of his high school class at Woodside Priory School. He then had a brief stint at the University of Southern California's Thornton School of Music before dropping out, midway through his sophomore year, to pursue his musical career.[4]

Eigsti performed with jazz pianist Dave Brubeck for the first time when he was 12. Brubeck at that time reportedly called Eigsti the most amazing talent he had ever come across.[5] It was also that year that Red Holloway heard Eigsti perform in San Jose and invited him to join his band as a special guest on the prestigious SS Norway Jazz Cruise.[6] Two years later Eigsti headlined the same cruise with a trio that featured Dan Brubeck on drums and Chris Brubeck on bass. After the release of his 2006 album, Lucky To Be Me, Eigsti was nominated for two Grammy Awards. His next album, Let It Come To You, received 4-star reviews from Downbeat Magazine and All Music Guide. He also was interviewed by Jon Weber as an inaugural guest on NPR's Piano Jazz: Rising Stars program. In September 2002, Eigsti's trio, including bassist John Shifflett and drummer Jason Lewis, made an appearance at the Monterey Jazz Festival.[6]

Eigsti released his first album Tay's Groove at age 14. It featured Seward McCain on bass and Dan Brubeck on drums. Eigsti's second album, Live At Filoli, with John Shifflet on bass and Jason Lewis on drums, was recorded at a concert at Filoli Gardens on September 16, 2000. The trio played this concert as a last minute replacement for a Marian McPartland show. His third album, Taylor's Dream, was released in 2001. Eigsti's first nationally released album was Resonance, recorded in 2003 and released on Bop City Records. It was the trio's third album together and peaked at number five in national jazz radio airplay.

Eigsti's first major label debut was titled Lucky To Be Me. It was released on Concord Records in 2006. Lucky To Be Me features Julian Lage on guitar, Christian McBride on bass, and Lewis Nash on drums. The album received two Grammy nominations - one for Best Instrumental Composition on the Argument, and the other for Best Jazz Solo Performance on Freedom Jazz Dance. The album met with critical acclaim, but it was also criticized for being uneven.[7] In 2008 Eigsti released Let It Come To You, his second release with the Concord label. This album featured Julian Lage on guitar, Reuben Rogers on bass, Eric Harland on drums, Harish Raghavan on bass and Aaron McLendon on drums. Additionally, Joshua Redman, Edmar Castaneda, Dayna Stephens, Ben Wendel, and Evan Francis are featured as guests. Eigsti's next Concord album, Daylight at Midnight, was released on September 21, 2010. This album features vocalist Becca Stevens and several arrangements of contemporary popular artists like Rufus Wainwright, Imogen Heap, and Elliot Smith.[3]

Fragile Holly Cole & Jesse Cook
Update Required To play the media you will need to either update your browser to a recent version or update your Flash plugin.