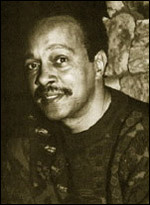 Thomas Randolph "Thom" Bell[1] (born January 26, 1943 in Kingston, Jamaica) is an American songwriter, arranger and producer, best known as one of the creators of the Philadelphia style of soul music in the 1970s. He moved to Philadelphia as a child.

Bell was classically trained as a musician, but as a teenager had sung with Kenny Gamble, Leon Huff, and Daryl Hall (of Hall & Oates fame). Bell's first big break in soul music came with Cameo Records in Philadelphia where he worked as a session player and arranger. In 1967, he was introduced to a local group called The Delfonics, producing two singles for them on subsidiary label, Moonglow. Bell brought a smooth, lush style to soul music and his production talents yielded several big hits for the group on the Philly Groove label, run by their manager Stan Watson. These included "La-La (Means I Love You)" and "Didn't I (Blow Your Mind This Time)," the latter nominated for a Grammy Award in 1970.

Bell had also joined the fast-growing record production company operated by Kenny Gamble and Leon Huff in Philadelphia, working as an arranger for acts such as Jerry Butler, Archie Bell & The Drells, The O'Jays and Dusty Springfield. He also arranged some of the early big hits, including the O'Jays' "Back Stabbers", on Gamble & Huff's own record label, Philadelphia International, which they launched in 1971. He also joined the two in setting up a music publishing company for their songs, Mighty Three Music.

By 1971, Bell had moved on to produce another local group, The Stylistics, this time on Avco Records. By then, he had teamed up with the Philadelphia-born songwriter, Linda Creed and this partnership, along with Russell Thompkins, Jr., the lead singer of the Stylistics, generated three albums full of memorable tracks. Bell and Creed became one of the era's dominant soul songwriting teams, penning hits such as "Stop, Look, Listen (To Your Heart)", "You Are Everything", "Betcha by Golly, Wow", "Break Up to Make Up", and "You Make Me Feel Brand New".

In 1972, Bell agreed to produce The Spinners for Atlantic Records. The group, who had long been with Motown Records, had joined Atlantic after failing to get the attention they wanted. It was the start of a hugely successful collaboration that lasted for seven years and eight original albums. Bell revitalized the group, producing five gold albums that included chart success with singles such as "Mighty Love," "Ghetto Child", "I'll Be Around", "Could It Be I'm Falling in Love", and "The Rubberband Man". In 1975, he was awarded a Grammy for Best Producer of the Year.

In 1976, Bell produced an album with Dionne Warwick called Track of the Cat, two years after he had teamed her with the Spinners on the song, "Then Came You", which topped the Billboard Hot 100 and reached #2 on the R&B chart. He also worked with acts such as Johnny Mathis (two albums), Billy Paul, Ronnie Dyson, Anthony & The Imperials and New York City in the mid to late 1970s, but generally with less commercial appeal.

Subsequently, Bell had success with Deniece Williams, including her R&B #1 and Top 10 re-make of The Royalettes' "It's Gonna Take a Miracle") in 1982; James Ingram with "I Don't Have the Heart" in 1990 (Bell's second #1 pop hit); and Elton John, whose EP, "The Thom Bell Sessions," featured back-up by the Spinners and produced the Top 10 hit, "Mama Can't Buy You Love", in 1979. Other artistes Bell produced in the 1980s included The Temptations, Phyllis Hyman, Dee Dee Bridgwater and he even re-united briefly with the Stylistics in 1981 on Philadelphia International subsidiary, TSOP.

It is for his success with the Philadelphia sound in the 1970s, particularly with the Stylistics and Spinners, that he is remembered best. In June 2006, Bell was inducted into the Songwriters Hall of Fame.

A December 2008 interview with Bell featured on the Philly Soul box set, Love Train, states he will soon compose a piece for the Philadelphia Orchestra. Past Orchestra members played in MFSB, the house band who played on many Bell productions.

This article uses material from the article Thom Bell from the free encyclopedia Wikipedia and it is licensed under the GNU Free Documentation License.

Cherry Point Frank Capp Juggernaut
Update Required To play the media you will need to either update your browser to a recent version or update your Flash plugin.