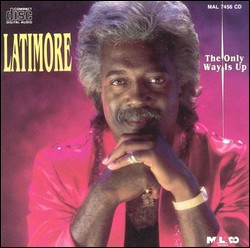 He was born in Charleston, Tennessee, and was influenced by country music, his Baptist church choir, and the blues.[1] His first professional experience came as a pianist for various Florida-based groups including Joe Henderson and Steve Alaimo. He first recorded around 1965 for Henry Stone's Dade record label in Miami, Florida.[2] In the early 1970s he moved to the Glades label, and had his first major hit in 1973 with a jazzy reworking of T-Bone Walker's "Stormy Monday", which reached #27 on the R&B chart.

Latimore moved to Malaco Records in 1982, releasing seven albums of modern soul music with that label. He briefly left the label in 1994 and released a song for the J-Town label, "Turning Up The Mood", before returning to Malaco in 2000 with: "You're Welcome To Ride". Next Latimore recorded an album with Mel Waiters' label, Brittney Records, called Latt Is Back.[3]

He has continued to work as a session pianist. He appeared most recently on Joss Stone's albums, The Soul Sessions (2003) and Mind, Body & Soul (2004), along with fellow Miami music veterans Betty Wright, Timmy Thomas and Willie Hale.

This article uses material from the article Latimore (musician) from the free encyclopedia Wikipedia and it is licensed under the GNU Free Documentation License.