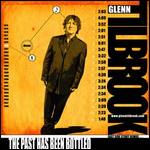 Glenn Martin Tilbrook (born 31 August 1957) is the lead singer and guitarist of the English band Squeeze, a band formed in the mid-1970s who broke through in the new wave era at the decade's end. He generally wrote the melody for Squeeze's songs, while his writing partner, Chris Difford, wrote the lyrics.[1] In addition to his songwriting skills, Tilbrook is respected both as a singer and an accomplished guitarist. He was born in Woolwich, London.

During Squeeze's first hiatus, from approximately 1983 to 1985, Tilbrook wrote, recorded, and toured with Chris Difford, his songwriting partner from Squeeze. Their album, Difford & Tilbrook was originally released in 1984, and remastered and reissued in 2006.

Following Squeeze's second breakup in 1999, Tilbrook pursued a solo career, often touring around the UK and US in an RV, playing small venues. He released two solo albums, The Incomplete Glenn Tilbrook and Transatlantic Ping Pong. Tilbrook co-wrote some of the songs for his solo recordings with artists such as Ron Sexsmith, Chris Braide and Aimee Mann.

In 2006, the film documentary Glenn Tilbrook: One for the Road was released. It followed Tilbrook on his November 2001 tour across the United States. In 2007, Tilbrook took time off from his solo career to tour once again with Squeeze who had reformed for the third time.

In April 2007, Tilbrook released The Past Has Been Bottled, the first in a five-disc series of remastered demos. The first release included early versions of tracks from Squeeze's East Side Story. The second volume, In The Sky Above, was released in the UK in November 2007, and covered the period from 1993 through 1998. The third volume, Dreams Are Made of This, was released in November 2009 and covered Squeeze's early years, from 1974 to 1980.

In 2008, Tilbrook previewed new material while on tour with The Fluffers, two members of whom are also members of the latest Squeeze line-up. A four track single, "Binga Bong!", was released in November 2008. Tilbrook's latest album Pandemonium Ensues, credited to Glenn Tilbrook and The Fluffers, was released in March 2009. The 14 track album was produced by Tilbrook and Andrew J. Jones, and mixed by Bob Clearmountain. It featured guest appearances from Johnny Depp on "Too Close to the Sun" and Depp's wife, Vanessa Paradis, on "Interest & Love".

In January 2010 it was announced that Tilbrook and Difford would be spending part of the coming summer in Italy, together writing songs for a new Squeeze album. The result of this was a 4-song CD of new demo recordings which emerged during their 2012 tour of the US.

Tilbrook has his own recording studio, known as '45RPM', in Charlton. It has been used by other bands such as Nine Below Zero.[2] Tilbrook supports Charlton Athletic F.C. and in 1998 Squeeze released "Down in the Valley", a tribute to his boyhood team.

He is a supporter of the Love Hope Strength Foundation, a cancer charity founded by Mike Peters of The Alarm, and has played concerts in aid of the organisation, including one at base camp, Mount Everest.

He has four children.

This article uses material from the article Glenn Tilbrook from the free encyclopedia Wikipedia and it is licensed under the GNU Free Documentation License.